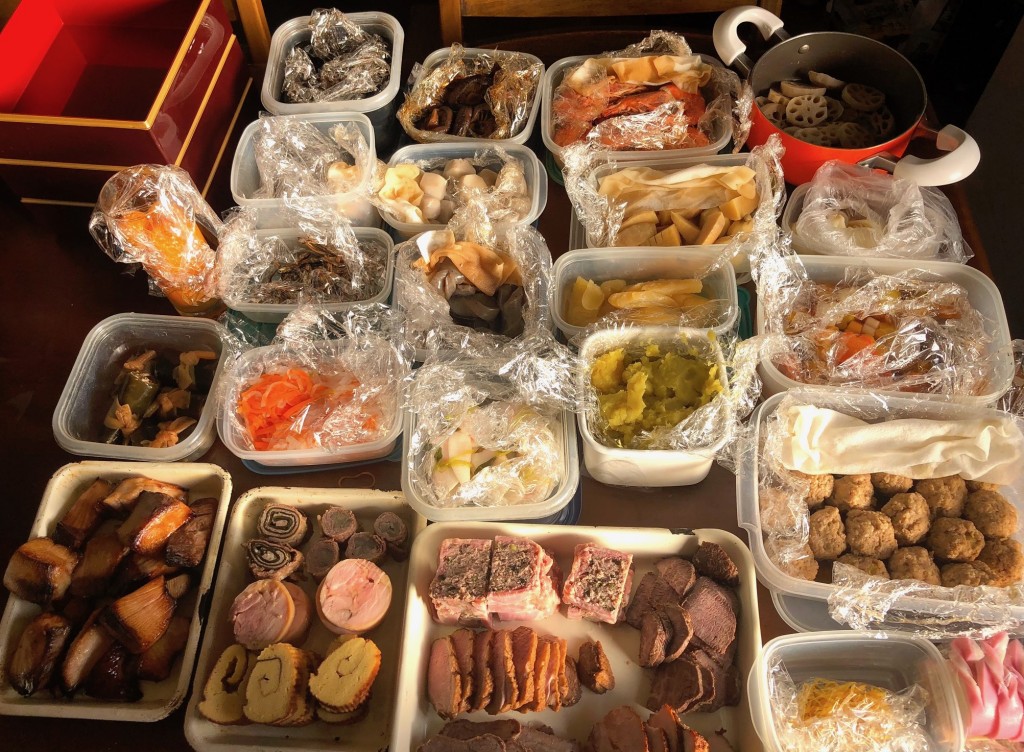 1)   A 65-year-old man was found dead on a road in Yonezawa, Yamagata Prefecture, early Friday morning after he was apparently hit by a snowplow.

According to police, heavy snow hit the region on Thursday and the snowplow was clearing a road during the night, Sankei Shimbun reported. The operator of the snowplow called 110 at around 3 a.m. Friday to report that a man was lying on the road near the snowplow.

2)   Police in Matsumoto, Nagano Prefecture, have arrested a 47-year-old woman on suspicion of attempted murder after she tried to strangle her 19-year-old daughter to death at their home.

According to police, Kaori Harukawa tried to kill her daughter at around 10 p.m. on Wednesday, Sankei Shimbun reported. She then called 119 and said she had strangled her daughter.

3)   Japan’s top government spokesman said on Wednesday his government wants to promote rules that protect free and fair trade for the global economy.

Chief Cabinet Secretary Yoshihide Suga, speaking during a recording of a TV program at Japanese broadcaster BS11, said Japan is ready to explain its stance in trade negotiations with the United States.

4)   The Japanese government is considering sending Maritime Self-Defense Force vessels to the Chinese navy’s fleet review next April, as the two countries are looking to facilitate defense exchanges amid thawing diplomatic ties, a source familiar with bilateral ties say.

5)   He is desperate to accomplish something that will leave his mark on history during his last three-year term as LDP president through 2021, political experts say.

The 64-year-old conservative leader, who has gained core supporters for the hard line he has taken on North Korea, hopes to bring back Japanese citizens abducted by Pyongyang in the 1970s and 1980s.

But this diplomatic agenda is unlikely to move forward anytime soon partly because of stalled nuclear negotiations between Washington and Pyongyang.

In May 2017, Abe caused a political stir by proposing to change the war-renouncing Article 9 of the supreme law to put an end to the debate over the constitutionality of the Self-Defense Forces.

6)   Two homeless men have been charged with burglary after a California man said he came home to find them cooking dinner.

Robby Spillman tells KNBC-TV he returned from Christmas shopping last Friday to find the men in his Santa Monica apartment.

Spillman says the men, who stank and wore filthy, ripped clothing, told him they hadn’t expected him home so soon and asked if they could “hang out” for a while.

7)   Authorities say two men were surrounded by customers with guns while attempting to steal tools from a Washington store.

The Daily Herald reports the men, ages 22 and 23, allegedly took four nail guns, each worth more than $400, from the Coastal Farm & Ranch store Saturday in Marysville.

The men walked out of the store and got into a car, only to be surrounded by about six customers with guns raised.

Documents say another customer shot at the driver’s side front tire, while a third fired twice at the rear tire.

Marysville police found the theft suspects’ car unoccupied about three blocks away, with two flat tires and the tools inside. Both men were apprehended after a search.

8)   Investigators say a 61-year-old Wisconsin man was arrested for tearing down a neighbor’s Christmas decorations while drunk and naked.

A criminal complaint shows Brannigan’s neighbor called police Wednesday after to report that he was naked, kicking her door and tearing down her decorations. The neighbor told police Brannigan appeared intoxicated.

Officers say the Green Bay man was stumbling and told officers he needed to take care of supposed drug dealers in a neighbor’s apartment.

9)   apanese weather officials say snow is intensifying along the Sea of Japan coast. They are warning of possible transportation disruptions during the year-end holiday season.

10)   apanese weather officials say snow is intensifying along the Sea of Japan coast. They are warning of possible transportation disruptions during the year-end holiday season.

11)   The Japanese government has officially notified the US government of its withdrawal from the International Whaling Commission. The US is in charge of accepting applications for joining or withdrawing from the organization.

The action will allow Japan to officially withdraw from the IWC at the end of June. Japan plans to resume commercial whaling from July.

12)   Authorities in some Chinese cities have banned Christmas decorations and celebrations.

Many reports were posted online before Christmas about moves to strengthen restrictions on Christianity.

In Langfang, Hebei Province, an official notice called for Christmas decorations to be eliminated from streets and shops.

13)   An eight-year-old boy from the Central American country of Guatemala has died while in the custody of US Border Patrol agents.

US media reports the boy and his father crossed into the state of Texas from Mexico earlier this month. They were detained by border agents and later moved to a holding facility.

14)   Visitors from Southeast Asia have enjoyed a rare taste of winter, when a blanket of snow covered tourist spots in Gifu Prefecture, central Japan.

Takayama City on Friday was dusted with two centimeters of snow that fell overnight.

Foreign visitors were seen snapping photos in front of a popular bridge, with its red parapets capped in white.

Some children threw snowballs, while the adults helped themselves to warm grilled rice cakes. The treat, called “Gohei mochi,” is a local specialty. 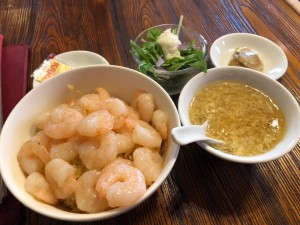 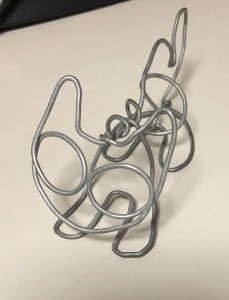 1)   Flights resumed at London’s Gatwick Airport on Friday morning after drones sparked the shutdown of the airfield for more than 24 hours, leaving tens of thousands of passengers stranded or delayed during the busy holiday season.

2)   Japan Airlines Co has found that one of its pilots has evaded breathalyzer tests before flights over 100 times since last year, company officials said Thursday, adding to the series of drinking incidents involving flight crew at the airline.

3)   The top U.S. doctor has called for “aggressive” action against e-cigarette use, which he said has exploded to epidemic proportions among youth and puts their health and brain development at risk.

4)   President Donald Trump is reportedly considering drastically cutting the number of US troops deployed in Afghanistan, following his decision to withdraw them from Syria.

The US government has acknowledged the start of withdrawal of troops from Syria.

President Donald Trump wrote on Twitter on Wednesday that his country has defeated the Islamic State militant group in Syria, and that this is the only reason for being there.

5)   A realtor in northern Japan had reportedly stockpiled a large quantity of aerosol spray cans at the time of a huge blast.

The explosion and ensuing fire in Sapporo City, Hokkaido, on Sunday destroyed a building housing the realtor and injured 42 people, including diners at a restaurant next door.

6)   Former workers and their families in South Korea are suing their own government over compensation for wartime labor in Japan. There are about 1,100 plaintiffs in total.

7)   A large number of Central Americans have gathered near sathe US bocrder swith Mexico in the hope of seeking asylum in the US. The administration of US President Donald Trump is refusing to grant asylum to anyone who illegally enters the country.

8)   okyo stocks tumbled on Thursday, following a plunge in New York. The benchmark Nikkei Average briefly fell more than 700 points and sank to a fresh low for the year.

9)   The Japanese government has decided to withdraw from the International Whaling Commission in a bid to resume commercial whaling. It cites the recovery of some whale species as a reason.

10)   Former Nissan chairman Carlos Ghosn has been re-arrested on fresh charges, Japanese media report, dashing any hopes he could be released on bail.

2)   The European Parliament on Wednesday approved an accord with Japan that has been dubbed the world’s biggest trade deal, covering economies that represent a third of the world’s GDP.

3)   A Japanese court on Friday sentenced a 26-year-old man to 18 years in prison in a high-profile road rage case in which he was accused of causing an accident resulting in the death of a couple and the injury of their two teenage daughters.

4)   The Japanese government plans to take measures to make regional labor markets accessible to foreign blue-collar workers to avoid them concentrating in large cities such as Tokyo .

5)   The Tokyo District Court on Thursday sentenced Yuya Takahashi, 39, the youngest son of actress Yoshiko Mita, to 2 1/2 years in prison, suspended for five years for possession of stimulants. It was his fourth arrest on charges related to illegal stimulants.

6)   Japan plans to call for the building of “multidimensional” defense capabilities in the next version of its national defense plan, amid security challenges in new domains such as cyberspace and outer space, government sources said Thursday.

7)   Virgin Galactic’s tourism spaceship climbed more than 50 miles high above California’s Mojave Desert on Thursday, reaching for the first time what the company considers the boundary of space.

8)   The neo-nationalist presence known as the net uyoku (net ultra-rightists) is a fairly well-known phenomenon. Their internet sites specialize in hate speech and the whitewashing of what most Japanese and most of the rest of the world call Japanese war crimes.

9)   U.S. investigators have so far confirmed that a 78-year-old drifter  is responsible for more than 40 murders, authorities said Thursday. Samuel Little has confessed to 90 murders committed between 1970 and 2005.

10)   A group of Japanese Diet members are calling on South Korean President Moon Jae-in to appropriately handle the recent rulings by South Korea’s Supreme Court on wartime labor. They say the rulings run counter to an agreement between the 2 countries.

11)   Fresh data out of China suggest that the ongoing trade dispute is creating uncertainties for businesses and consumers. Chinese officials will likely step up support efforts as the economy faces increasing downward pressure.

12)   Researchers in Cuba have found that the venom of the blue scorpion  appears to have anti-inflammatory and pain relief properties, and may be able to delay tumor growth in some cancer patients.

13)   A Vermont man who is in an ongoing dispute with his town has let officials know exactly how he feels by erecting a large wooden sculpture of a fist with the middle finger raised on his front lawn.

14)   Expanding Chinese cities are generating more food waste than they can accommodate in landfills, and cockroaches could be a way to get rid of hills of food scraps, providing nutritious food for livestock when the bugs eventually die and, some say, cures for stomach illness and beauty treatments.

15)   Police say a Pennsylvania man released from jail immediately stole a car from its parking lot.a

Prison officials say that moments after 36-year-old Thomas Lee Williams was released, he attacked a woman in the parking lot Tuesday evening and stole her car. The Tribune-Review reports Williams crashed about 15 minutes later and ran into the woods, where he was caught. 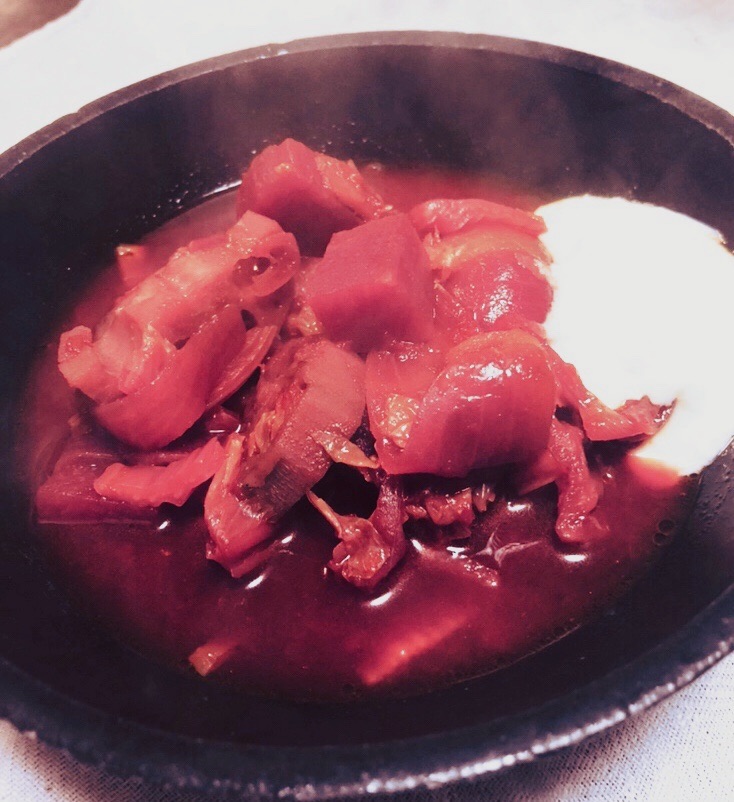 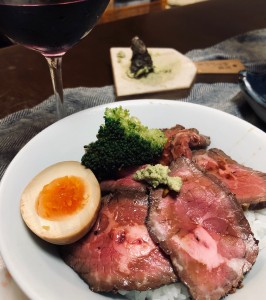 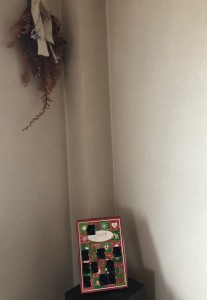