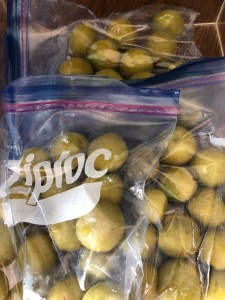 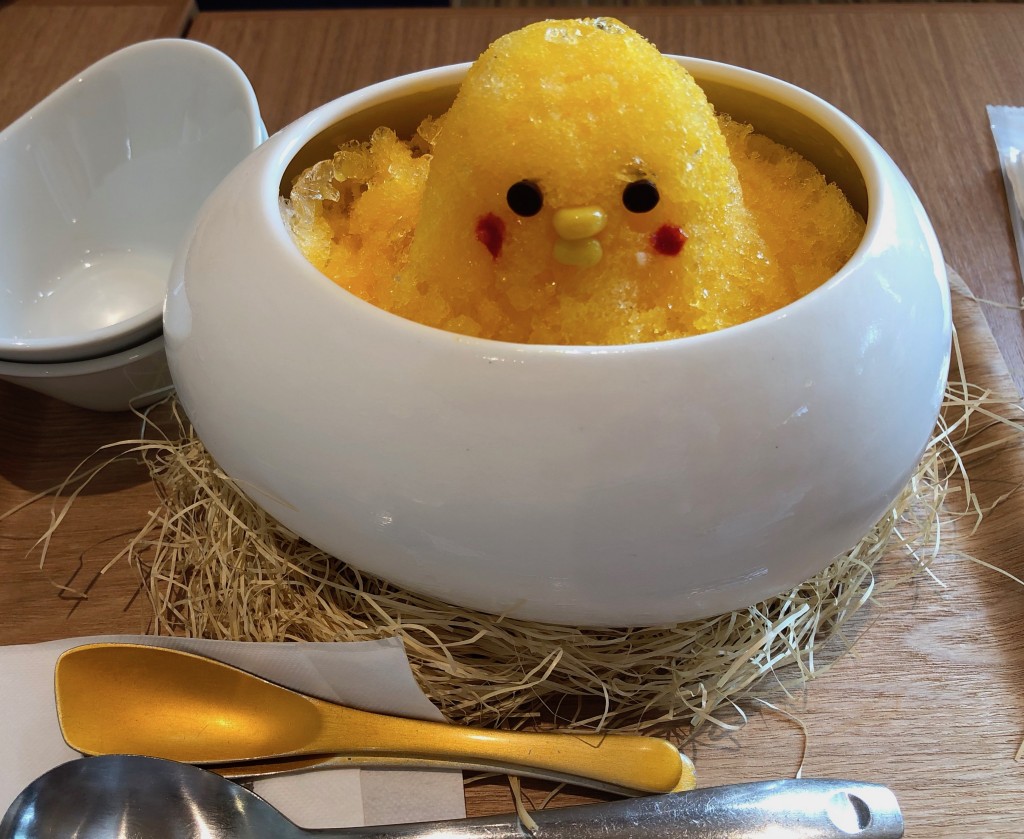 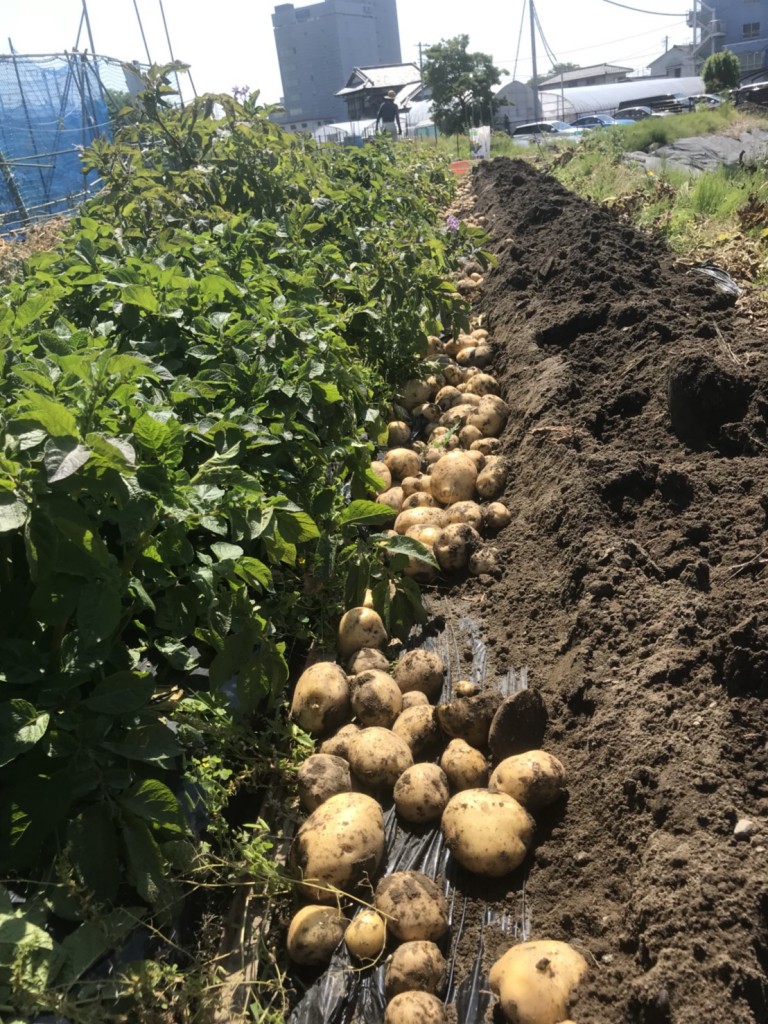 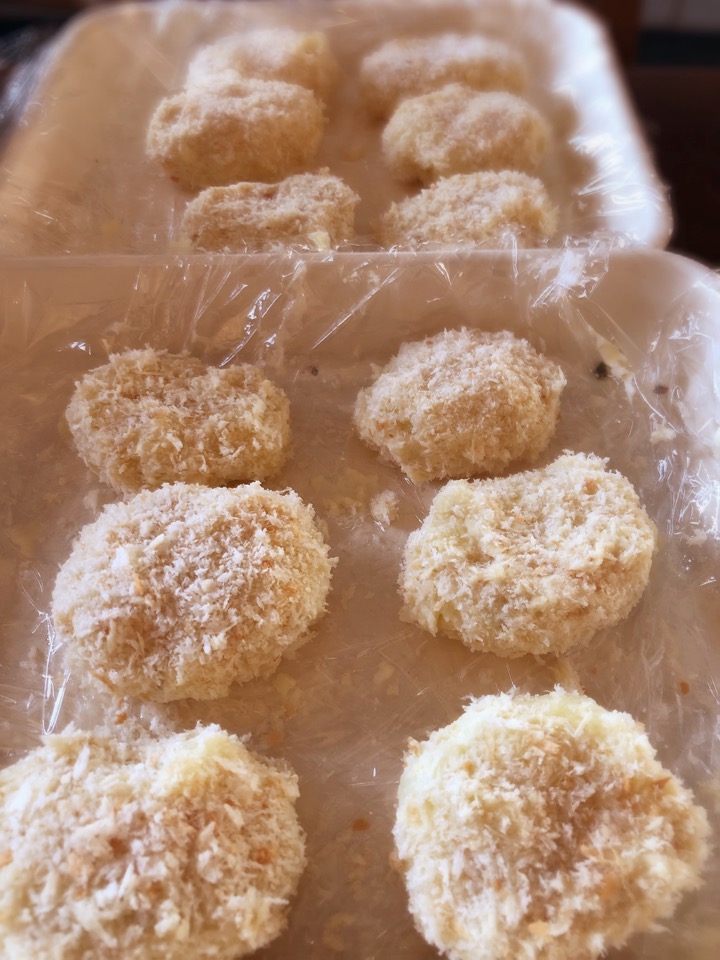 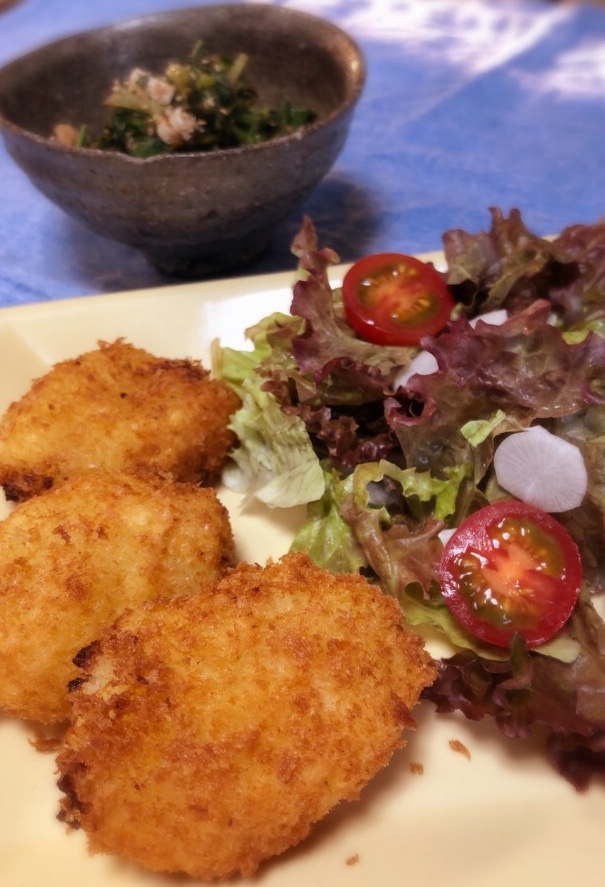 1)   The US Commerce Department has put China’s Huawei Technologies and its affiliates on its so-called Entity List.

American firms are barred from doing business with companies on the Entity List without specific approval. The latest move follows a significant decision announced on Wednesday.

2)   A major Japanese convenience store operator says it will launch a new loyalty program this fall in a bid to tackle the industry-wide problem of food waste.

Seven-Eleven Japan says it will encourage customers to buy food that’s nearing its expiry time by rewarding them with points to redeem against other purchases.

3)   Twenty-two brands of sake from Fukushima Prefecture in northeastern Japan have won top prizes in an annual national sake contest. The figure is the highest in the country for a seventh straight year.

The employment rate for this group was 97.6 percent as of April 1 — 0.4 points lower than last year. This is the second highest rate since the survey began in 1997.

5)   Nissan Motor is set to be the first Japanese automaker to release a car with autonomous lane-change technology for highways. It said on Thursday that the new Skyline model will debut later this year.

The firm says the car can automatically shift lanes when traveling on a predefined route, but only if the driver has both hands on the steering wheel.

6)   Japan’s Diet has enacted a law to severely restrict the use of drones over facilities of the US military and the Self-Defense Forces.

The legislation, which aims to prevent terror attacks using drones, was passed by a majority vote in the Upper House on Friday.

8)   Japan’s ruling Liberal Democratic Party has created a manual instructing its members how to avoid gaffes after several ministers were forced to resign over verbal blunders.

The manual cautions members about public speeches, saying words may be taken out of context by the media. It advises them to try to speak in short sentences.

9)   Japan’s government plans to set its first-ever targets for reducing the number of people in their 70s with dementia. The government says it aims to delay the onset of dementia in patients by one year over the next 10 years.

10)   Japan’s government has drawn up a plan to enable people to work up to the age of 70.

11)   Japanese researchers say they’ve proven that infection with a type of parasitic worm is effective to control weight gain. They say their discovery is the first of its kind in the world.

Researchers at Gunma University and the National Institute of Infectious Diseases put mice on a high-fat diet and infected some of them with a naturally-occurring type of gastrointestinal roundworm.

12)   A global federation of construction workers has asked the organizers of the 2020 Tokyo Olympic and Paralympic Games to improve labor conditions at the venue construction sites.

The report is based on interviews with workers at the New National Stadium and the athletes’ village. It says some people have had to work for 28 days in a row without a break. The report says some of the sites are poorly lit.

13)   A court in Wakayama Prefecture began hearing arguments Friday over whether dolphin hunting violates animal cruelty laws. The plaintiffs are asking the district court to stop the permits from being issued.

14)   Prosecutors asked a court Thursday to sentence a woman to two years in prison as she pleaded guilty to complicity in her husband’s assaults on their 10-year-old daughter who died last January near Tokyo in a case that has attracted international attention.

Nagisa Kurihara, 32, was accused of failing to stop her husband Yuichiro, 41, from assaulting their daughter Mia and following his instructions not to feed her from around Jan. 22.

16)   A former economic adviser to Japanese Prime Minister Shinzo Abe said on Thursday that an increase in sales tax planned for October should be shelved until the economy puts a decisive end to deflation, or it could trigger an economic crisis.

“Now is not the time for a sales tax hike,” Etsuro Honda, former Japanese ambassador to Switzerland who is close to Abe, told Reuters.

17)   Japan’s government is considering downgrading its assessment of the economy next week as the intensifying Sino-U.S. trade war takes a toll on exports and factory output

A downgrade in the crucial monthly report could fuel speculation that Prime Minister Shinzo Abe may delay once again a planned sales tax increase set for October. 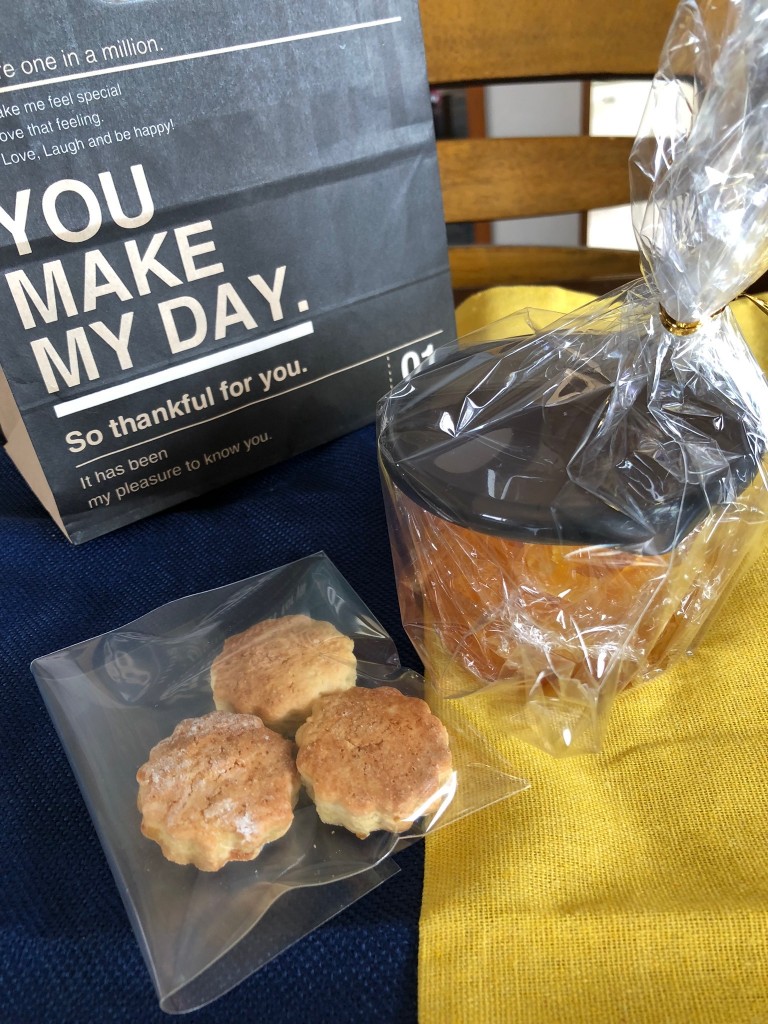 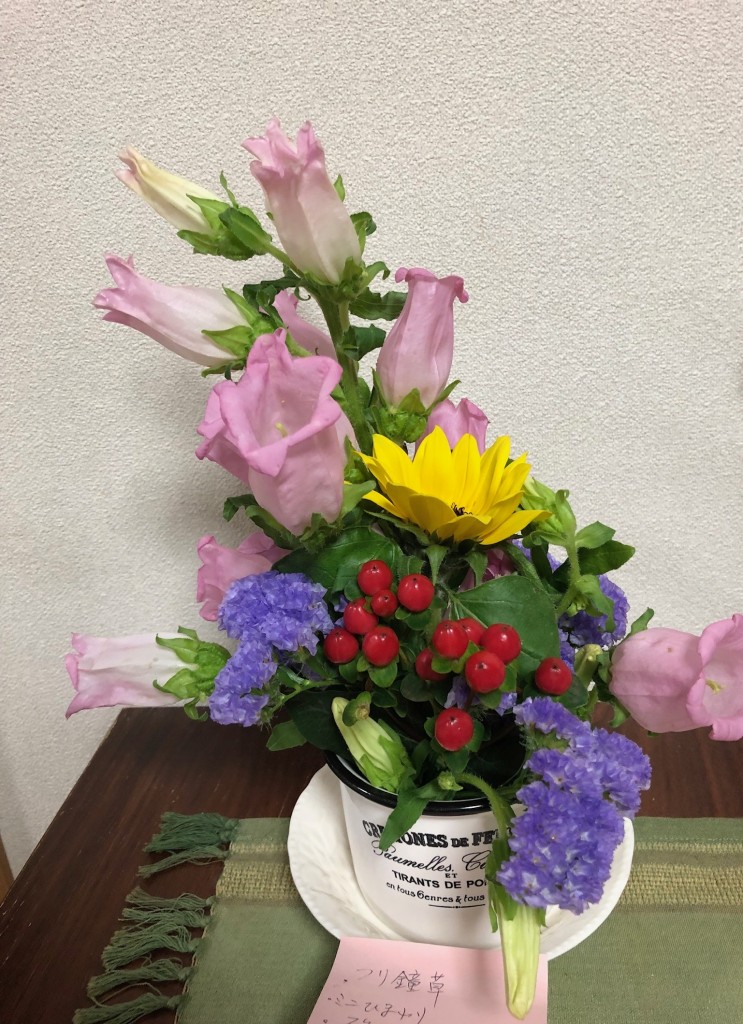 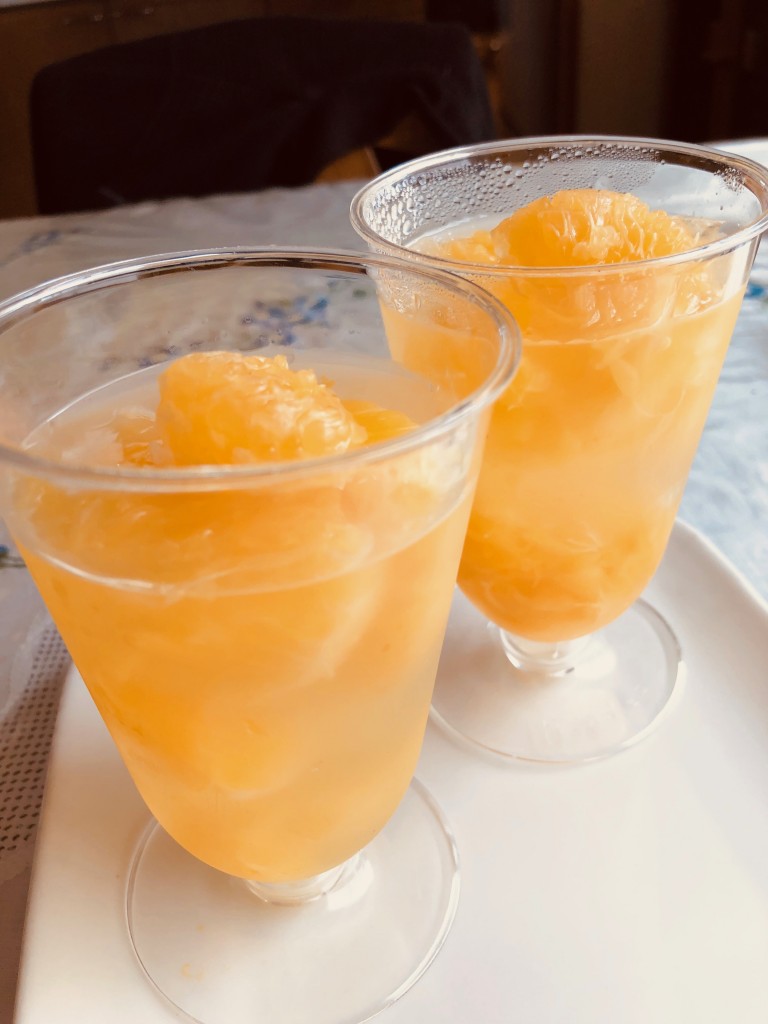 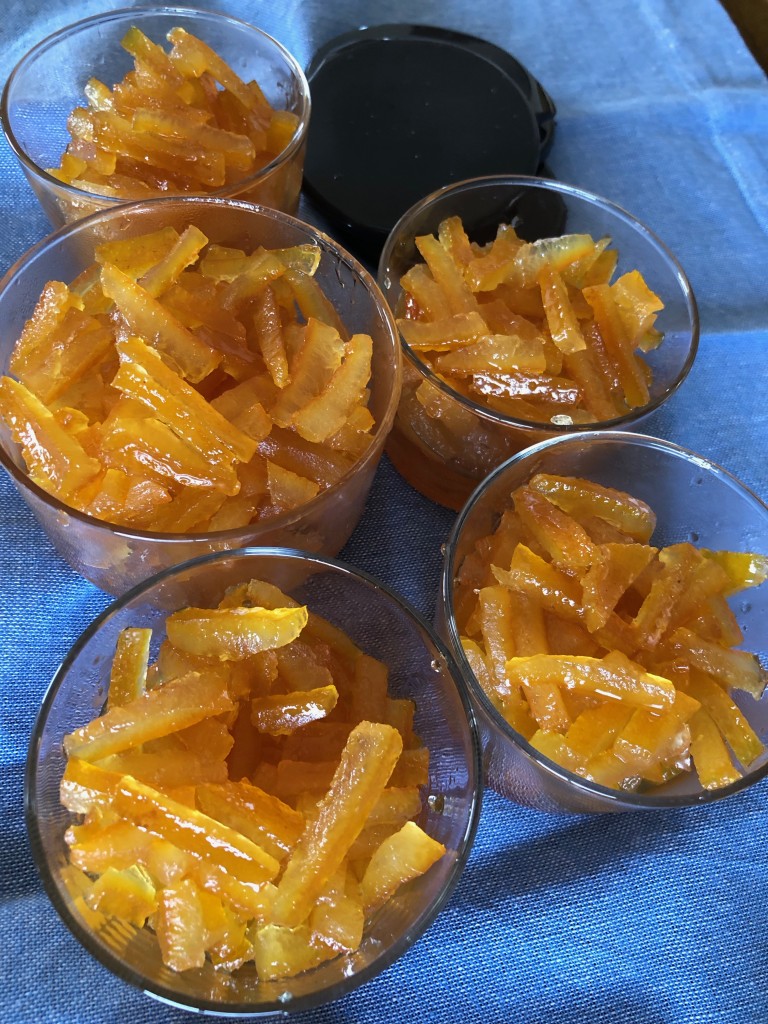 1)   Police in Tokyo are investigating reports of drones seen flying Thursday night over the imperial palace, the Akasaka Estate, as well as near the Musashino.

3)   The “Kenji to Shokei no gi” rite marking the emperor’s enthronement was staged as a state occasion financed by public funds, critics pointed to the possibility that it violated the Constitution banning the government from engaging in religious activities.

4)   Ahead of Constitution Day on May 3, a large majority of respondents to an Asahi Shimbun survey said they feel no momentum has developed for amending the nation’s Constitution, despite the efforts of Prime Minister Shinzo Abe.

When asked to what extent momentum had built up for amending the Constitution, a combined 72 percent said either “only somewhat” or “not at all.”

5)   According to Kyoto officials, 30 people, most of whom were foreign visitors, have been attacked by monkeys since February, with many being bitten or scratched.

6)   One woman who spoke to NHK said she had to take her son to a day-care facility because the nursery school he usually attends is closed for the holidays. She says paying the extra cost of about 90 dollars a day is tough.

And a survey by a private research firm of married women who work part-time found that more than 40 percent of respondents said they were not happy about the 10-day break.

7)   Japan’s chief cabinet secretary says the government will protect the interests of Japanese firms in connection with wartime labor suits in South Korea.

Yoshihide Suga made the comment on a TV program on Wednesday. His remark comes after South Korean plaintiffs started the process of selling off shares seized from two Japanese businesses.

8)   A 110-year-old woman in western Japan, who has already lived through four imperial eras, was visited by her great-great-grandchildren and other young members of her family, as the Reiwa era began. Tsuru Ueda was born on November 22, 1908. She has lived through the Meiji, Taisho, Showa and Heisei eras in Japan.

9)   A United Nations report says that 10 million people in North Korea are suffering from a severe food shortage. It follows the country’s worst harvest in 10 years.

10)   The finance ministers and the central bank governors of Japan, China and South Korea have renewed their opposition to trade protectionism.

11)   The cases in which Chinese companies took part in mergers and acquisitions of Japanese businesses hit a five-year high in Japan’s last fiscal year through March.

12)   The mystery surrounding the beluga whale alleged to have come from a Russian military facility continues with the marine mammal refusing to leave Norwegian waters, leading to jokes the whale has “defected.”

13)   The family of a Chinese student admitted to Stanford University paid $6.5m to the man at the heart of the college admissions scandal, according to reports.

14)   U.S. President Donald Trump said he and Russian President Vladimir Putin discussed on Friday the possibility of a new accord limiting nuclear arms that could eventually include China in what would be a major deal between the globe’s top three atomic powers.

15)   The death toll from an Ebola outbreak in Congo rose above 1,000 on Friday, with attacks on treatment centers continuing to hamper efforts to control the “intense transmission” of the second-worst epidemic of the virus on record.