1)   The Tokyo Metropolitan Police Department says internet users were denied access to its website on Friday afternoon in a suspected cyber-attack.

The department said on Friday it is the first time that internet users have been prevented from accessing its website due to a massive amount of data.

2)   More than a dozen journalists in Japan have protested a government-sponsored anti-terrorism bill. They say the law could suppress freedom of thought.

The bill would punish a criminal organization planning a serious crime, such as a terrorist attack, if a member of the group is found to make any preparations. A Diet committee is deliberating the bill.

3)   A Cabinet Minister in charge of rebuilding areas hit by the 2011 earthquake and tsunami has resigned after making a remark seen as offensive to those affected by the disaster.

4)    South Koreans are taking issue with US President Donald Trump’s recent call for their country to pay for a missile defense system being deployed there.

Amid rising tensions over North Korea’s accelerated nuclear and missile programs, the United States is deploying the Terminal High-Altitude Area Defense, or THAAD, in South Korea.

On Thursday, Trump said in an interview with Reuters that he wants South Korea to pay for THAAD, which costs an estimated 1 billion dollars.

5)   The US Navy has unveiled on its website a photo of its aircraft carrier Carl Vinson and destroyers from Japan’s Maritime Self-Defense Force engaged in joint exercises.

The Carl Vinson strike group was joined by 2 Maritime Self-Defense Force destroyers on Sunday off the coast of the Philippines for the joint drills.

6)   US President Donald Trump says he wants to solve the problem of North Korea’s nuclear and missile programs diplomatically, but it’s very difficult.

Trump spoke with the Reuters news agency at the Oval Office on Thursday, ahead of his 100th day in office on Saturday.
7)   Russian President Vladimir Putin says that if his country and Japan conclude a peace treaty, it must benefit the national interests of both sides.

Putin attended a joint news conference with Japanese Prime Minister Shinzo Abe after their talks in Moscow on Thursday.

Putin described the meeting as constructive, saying Russia and Japan are ready to solve the most difficult issue facing them.

8)   The Japanese government has released key economic figures for the month of March. They show a mixed picture.

The labor market remains tight, with the unemployment rate at 2.8 percent. That’s unchanged from February.

The ratio of job offers to applicants rose very slightly, to 1.45. This means there were 145 job openings for every 100 people looking for work.

On the downside, industrial output fell 2.1 percent from the previous month. That’s the first decline in 2 months.

The consumer price index was up 0.2 percent from March last year. That was the third consecutive monthly increase.

Household spending was down 1.3 percent from a year earlier, declining for the 13th month in a row.

Japan agreed in 2015 to limit its catch of Pacific bluefin weighing less than 30 kilograms, under an international accord aimed at conserving the species.

The country’s quota is 4,007 tons, but the Fisheries Agency said the total catch had reached 4,008 tons as of Thursday. The tuna fishing season ends in June.

It is the first time Japan has failed to keep within its quota. The Agency blamed underreporting of catches and illegal fishing in 9 prefectures.

Sources say the group includes US investment firm KKR and a Japanese government-backed fund, the Innovation Network Corporation of Japan.

Also in the group are the government-affiliated Development Bank of Japan and several other Japanese businesses.

But it remains unclear whether the Japan-US group can come up with the roughly 18 billion dollars needed to cover Toshiba’s massive losses.

1)   The southwestern Japanese prefecture of Kumamoto has held a ceremony to remember the people killed in the earthquakes one year ago.

The quakes killed 225 people. 169 of the deaths have been recognized as related to the quakes, such as falling ill at evacuation shelters. About 200,000 houses were completely or partially destroyed. About 47,000 people are still living in temporary housing.

2)   Orders for commemorative stamps featuring popular figure skater Mao Asada shot up after she announced her retirement from competition. The set of stamps is paired with a small doll dressed in the skater’s costume.

Japan Post last month began accepting orders for the set. The doll is dressed in the dark blue costume Asada wore at the free style in the 2014 Sochi Olympic Games.

3)   Japan’s Board of Audit has found that nearly half of the firms that were granted state subsidies in exchange for making inroads into areas hit by the 2011 disaster have given up their efforts.

The Japanese government earmarked up to nearly 46 million dollars in subsidies to companies that will be building factories and other facilities in the prefectures of Iwate, Miyagi, and Fukushima.

Officials say in many cases, the firms were unable to secure land or a workforce due to the slow pace of recovery.

4)   The US military says it struck a stronghold of the Islamic State militant group in Afghanistan with the largest non-nuclear bomb it has ever used in combat.

It said the GBU-43B Massive Ordnance Air Blast, known as “the mother of all bombs,” was used in an air strike in the eastern province of Nangarhar on Thursday.

5)   US President Donald Trump has given assurances that he held constructive talks with Chinese President Xi Jinping over North Korean provocations.

Trump on Wednesday tweeted he “had a very good call last night with the President of China concerning the menace of North Korea.”

6)   Police said Thursday they have obtained arrest warrants for two Chinese women after Meiji Shrine in central Tokyo was vandalized earlier this month with an oily liquid.

The Tokyo Metropolitan Police said Piao Jinyu and Piao Shanai, both 49, are suspected of vandalizing the shrine in Shibuya Ward on the morning of April 3 and were identified from surveillance camera footage.

The police said the two women, who have already left Japan, have been put on a wanted list as they are likely to return to the country.

7)   France and Japan want to recover pieces of a Martian Moon and bring them back to Earth, the head of France’s National Centre for Space Studies (CNES) said Thursday.

The Martian Moons Exploration project would launch a probe in 2024 destined for Phobos, the largest and closest of two moons circling the Red Planet.

8)   The United Fiasco could have happened to (most) any airline and it was a matter of time. The problem is not just with the airlines, but with the decline American customer service levels.

9/11 hurt our country in a number of ways, and its effects are still felt. What was once an industry based on pleasure has become more of a military installation. Airlines have embraced the powers afforded them through 9/11 and instead of treating passengers as customers, they often act as if they are doing the passenger a favor by transporting them.

U.S. Central Command said coalition aircraft were given the wrong coordinates by their partner forces, the predominantly-Kurdish Syrian Democratic Forces.

10)    Japan has a well-deserved reputation as a country with stimulating night life. Every major city has at least one “neon-gai” (entertainment zone), and Tokyo has dozens.

But according to J-Cast News (April 2), the varieties of so-called “fuzoku” (adult entertainment) businesses are showing signs of rapid decline.

11)   Miyako Taxi, which mainly operates in the Kyoto area, has designated a number of cars in its fleet as Silence Taxis. A notice written on the back of the passenger seat headrest informs customers that aside from offering a greeting when they get in and confirming their desired route, the driver will not speak to them unless he is spoken to (excepting, of course, emergency situations where communication is critical). 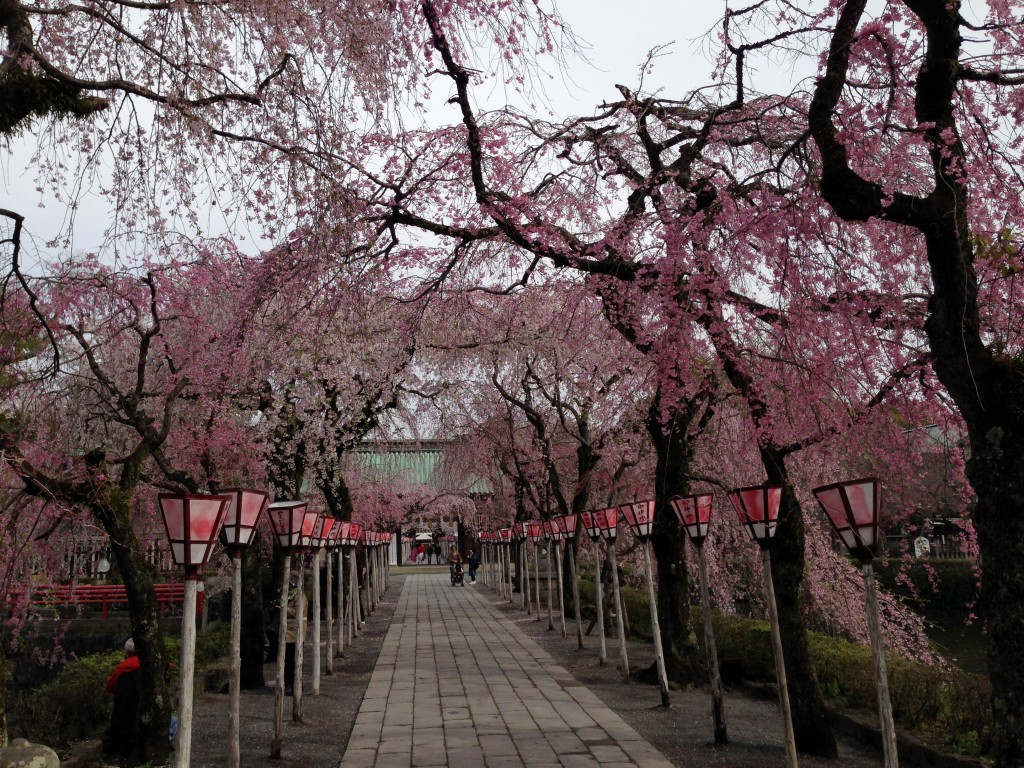 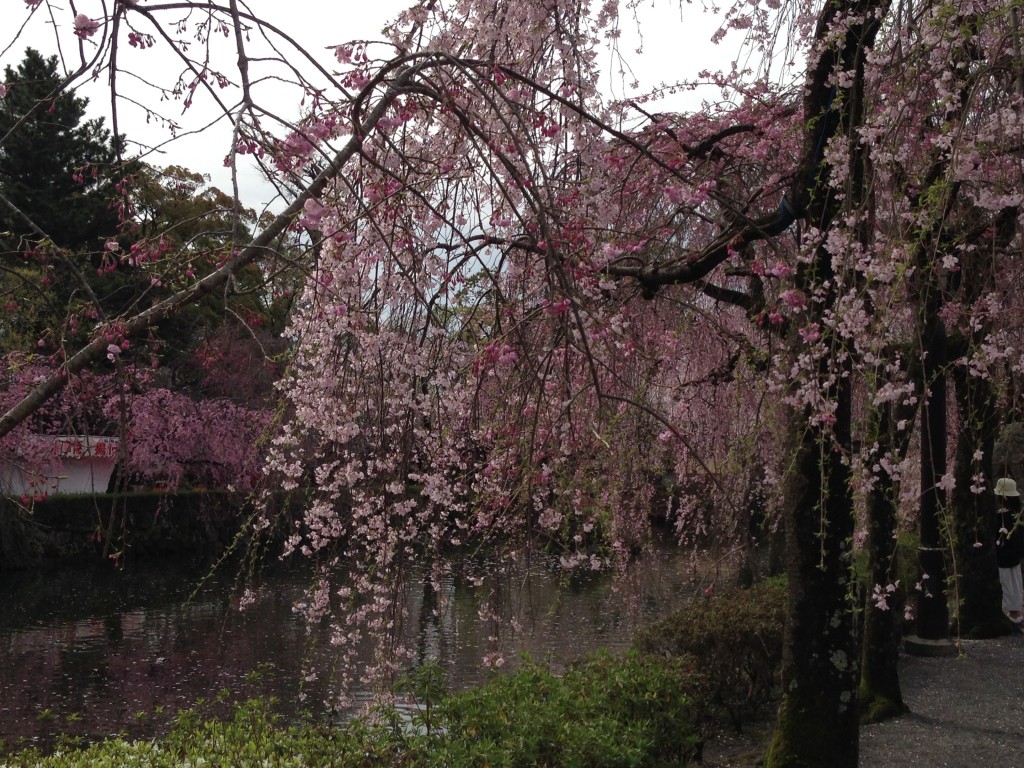 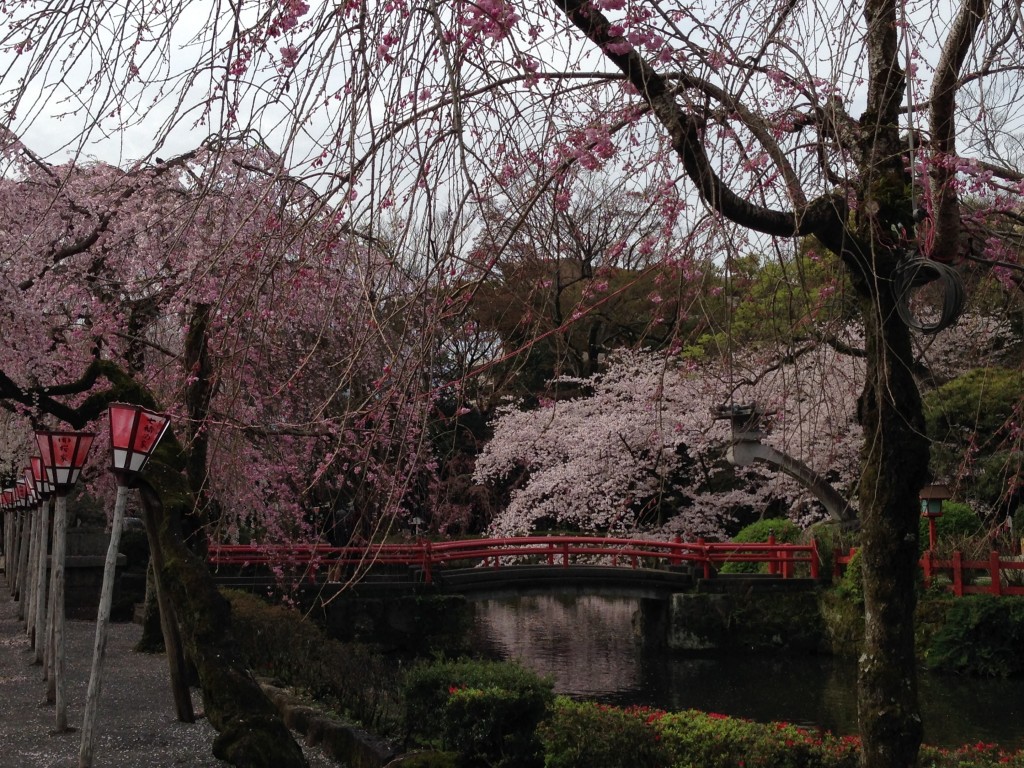 1)   Swedish media report that a truck drove into a crowd on a shopping street and crashed into a department store in central Stockholm on Friday. The media report at least two people died and several others were injured. They report that police are investigating the incident as a possible terror attack.

2)   US President Donald Trump has ordered a missile strike on a Syrian airbase in response to a suspected chemical attack on rebel-held territory. It’s the first US attack on Syrian government forces since the civil war started in 2011. The Pentagon says 59 Tomahawk cruise missiles were launched from the destroyers USS Porter and USS Ross in the Eastern Mediterranean Sea.

3)   Chinese President Xi Jinping has arrived in the United States for his first summit with US President Donald Trump. Xi and his wife flew to Florida on Thursday. He was greeted by US Secretary of State Rex Tillerson, who visited China last month. Trump and his wife also arrived there by Air Force One. The leaders are scheduled to have a dinner together at Trump’s retreat with their wives.

4)   Germany’s cabinet on Wednesday approved a bill that punishes social networking sites if they fail to promptly remove illegal content such as hate speech or defamatory fake news. The cabinet agreed on rules that will impose fines up to 50 million euros, or more than 53 million dollars, on the social media platforms. The bill says social networks need to ensure that obviously criminal content, as defined by German law, will be deleted within 24 hours.

5)   Japanese Prime Minister Shinzo Abe said Friday that Japan “supports the resolve” of the United States not to allow the proliferation or use of chemical weapons, following a U.S. missile strike on a Syrian air base from which a deadly poison attack was allegedly launched earlier this week.

As of December, 36.4% of third-year senior high school students scored “Grade Pre-2” or higher in the Eiken Test in Practical English Proficiency. That was up 2.1 percentage points from the previous year but a long way off the 50% target set by the government for third-year students to achieve by their graduation in March next year.

7)   Japan’s disaster reconstruction minister said Tuesday displaced people yet to return to areas of Fukushima Prefecture deemed safe to live in are “responsible for themselves,” before snapping at the reporter whose question prompted the remark.

Masahiro Imamura made the comment at a press conference explaining the government’s efforts for the reconstruction of areas hit by the March 2011 earthquake, tsunami and nuclear disaster.

8)   Japanese retail chain operator Seven & i Holdings will acquire convenience stores from a US company.

It says the 3.3-billion-dollar deal will boost its presence in the country.

Seven & i will buy about 1,100 stores in Texas and other states from gas station and convenience store operator Sonoco in August.
9)   In Japan, the number of stalking cases where police identified suspects hit a record high in 2016.

The National Police Agency says there were more than 2,600 cases last year. It also issued warnings in more than 3,500 cases.

Police received over 22,700 inquiries and reports about stalking. That’s the second highest since record-keeping began in 2000.

10)   The city of Osaka has certified a gay couple as foster parents in an apparent first in Japan.

City officials say the men — one in his 30s and the other in his 40s — were approved in December after being vetted by an expert panel. They were also scrutinized by a child consultation center and given an orientation on the foster parent program.

The pair now has a child.