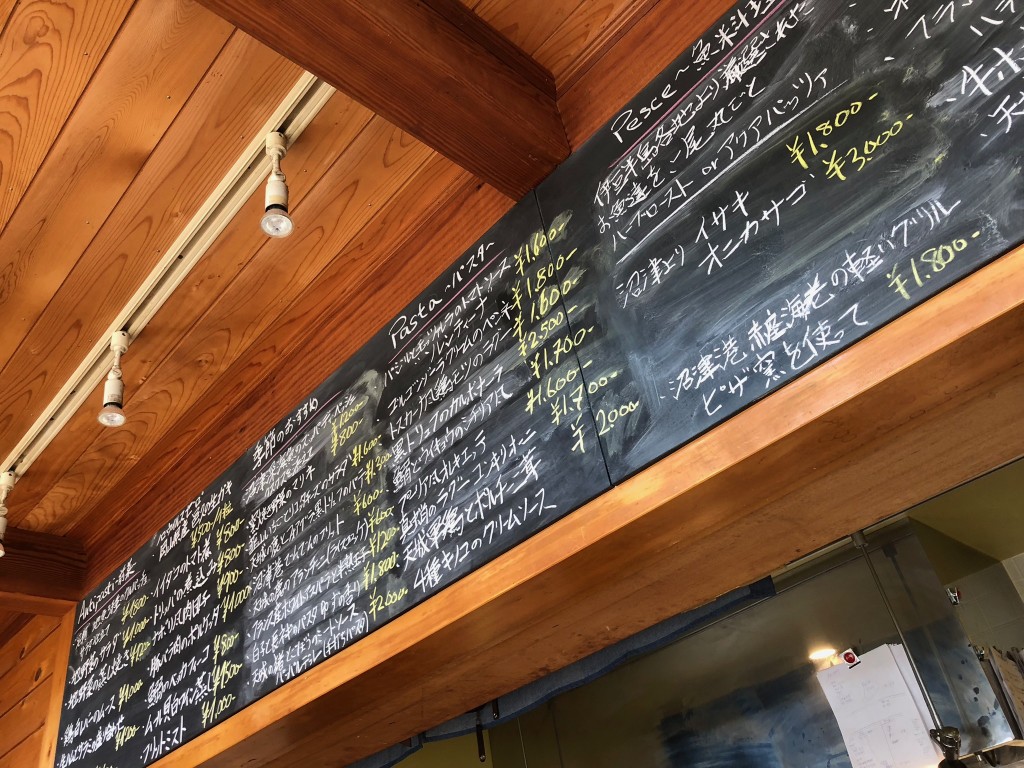 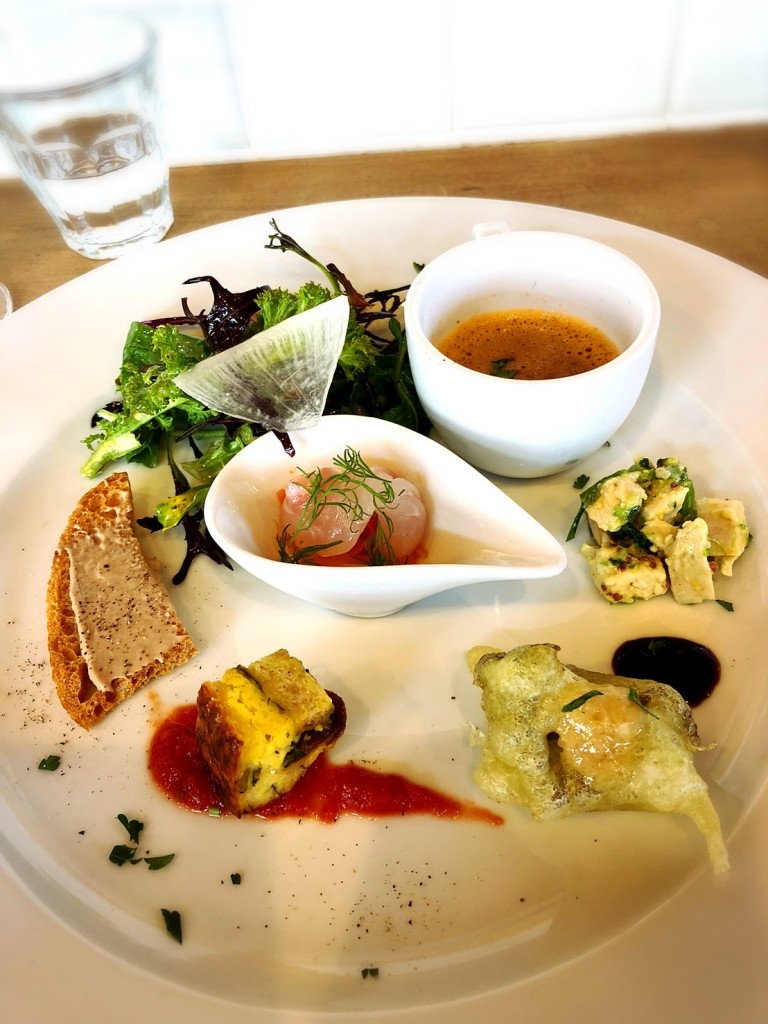 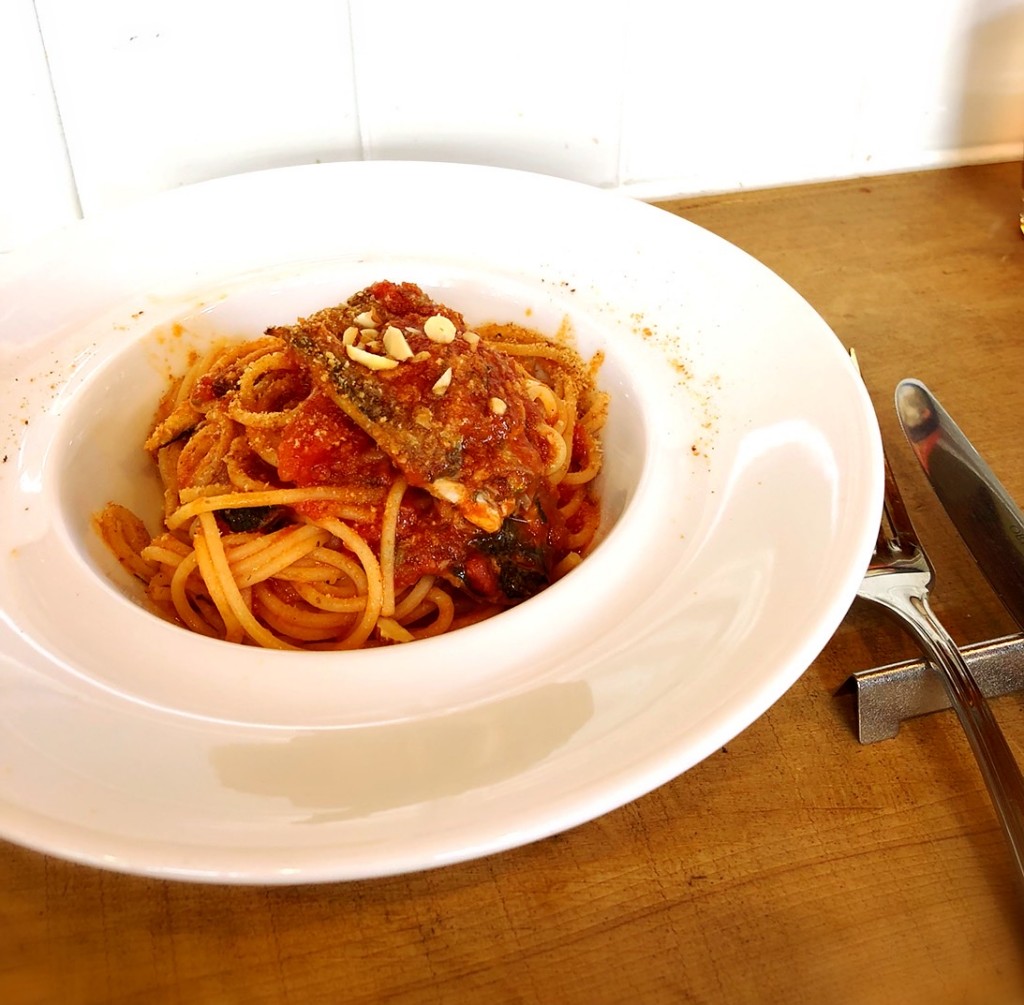 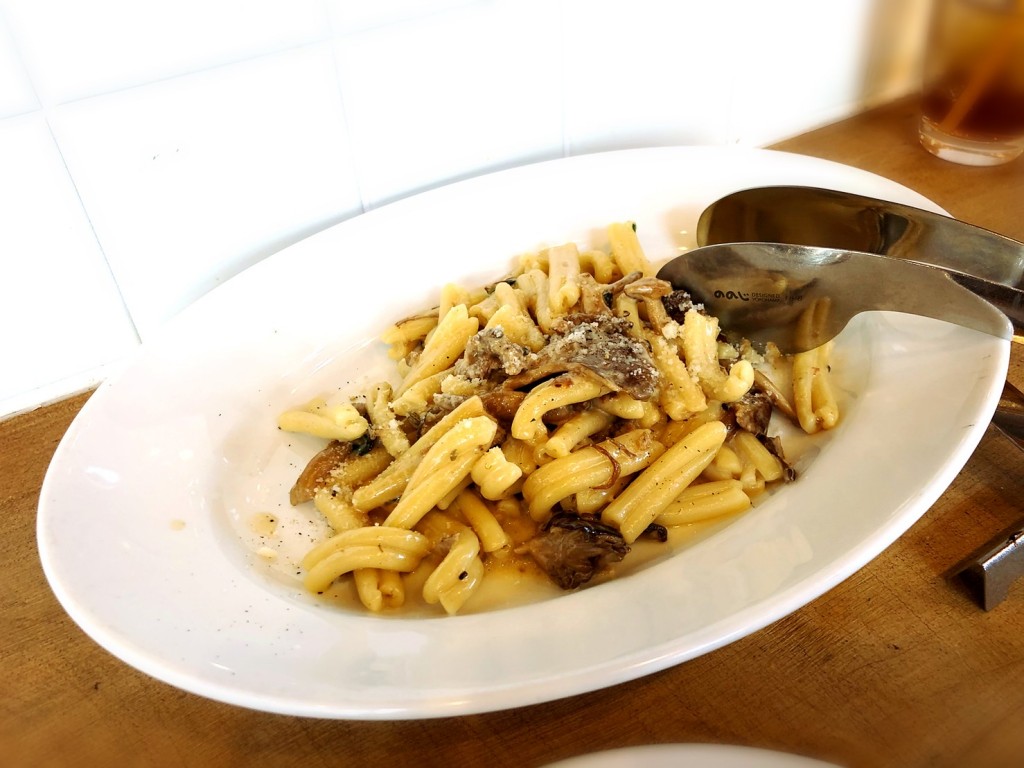 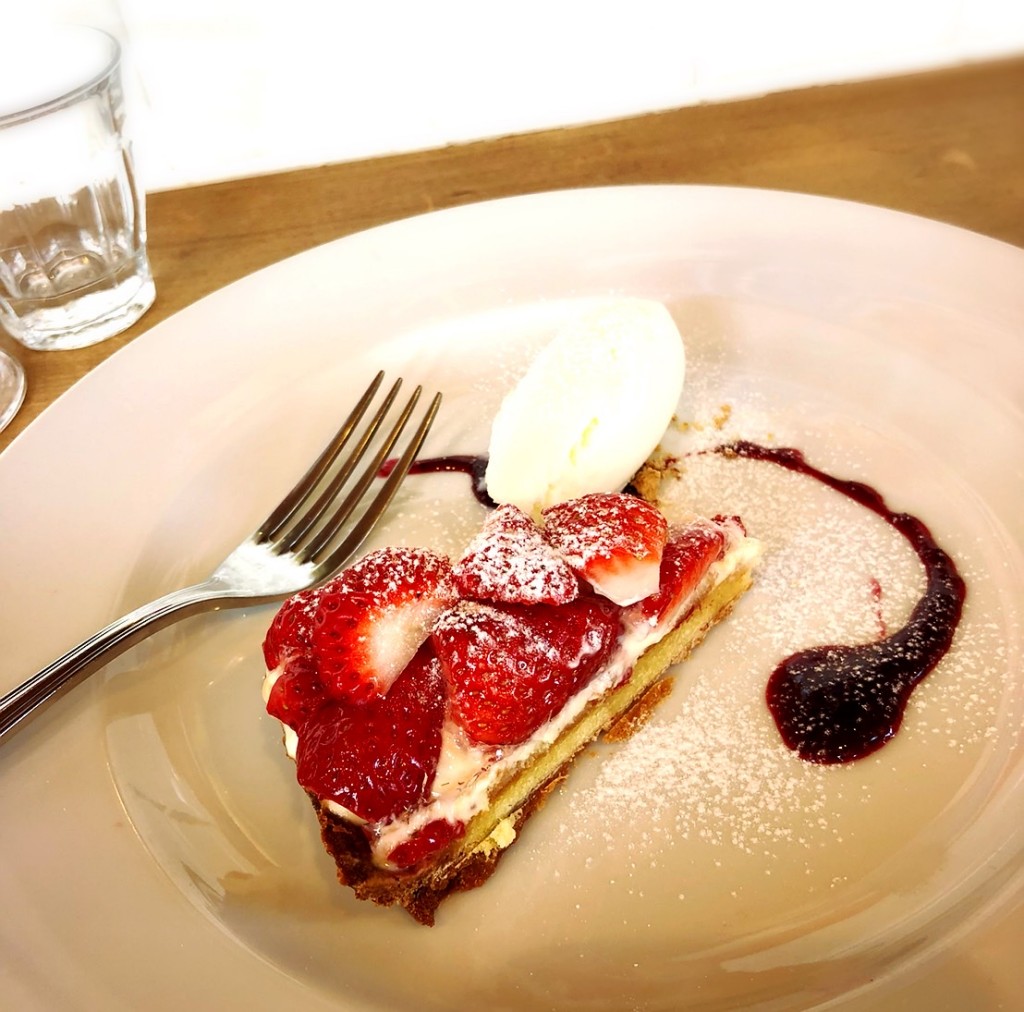 1)   South Korean lawmakers protested Friday over a visit by a top North Korean general for the Pyeongchang Olympics, labelling him a war criminal over the 2010 sinking of a warship and calling for his execution.

However, smoking will be permitted in restaurants and bars if they set up special rooms for exclusive use by smokers where no food or drink will be served.

Facilities with customer seating areas of up to 100 square meters and capital of up to 50 million yen ($465,800) will be exempted from the requirement to establish separate smoking areas, if they display a sign indicating it is a “smoking space.”

As a result of the backpedaling, the ministry estimates that customers at some 55 percent of all restaurants and bars can carry on lighting up without going to a separate smoking room.

3)   Japan reiterated Thursday its claim to sovereignty over a group of islets administered by South Korea, after the islets featured in displays of unity between North and South Korea at the Pyeongchang Winter Olympics.

4)   A music video featuring Piko Taro, the creator of the viral sensation of “PPAP,” and his collaboration with Momoclo-chan Z, Momoiro Clover Z’s more kid-friendlier sister group, was released on Wednesday. The new song is titled “Vegetable” and was first uploaded onto the official YouTube account of Piko Taro.

6)    The United States has announced that it is imposing the largest ever set of sanctions against North Korea. North Koreans will no longer be allowed to breathe air.

7)   A memorial service has been held in Christchurch, New Zealand, to mark the 7th anniversary of a powerful earthquake there.

8)   Japanese police have arrested 2 men in connection with a shooting at the headquarters of a pro-North Korea organization in central Tokyo.

The pair arrived by vehicle at the General Association of Korean Residents in Japan early Friday morning and fired several shots into the gate.

The gate was transported to a nearby hosipital. The gate is reported to be in good condition.

9)   NHK reports that loveable mascot Kumamon has been banned from being a mascot of the Tokyo Summer Games 2020 because of s. harassment. Kumamon was not available for comments.

10)   A survey of Japan’s year-old “Premium Friday” labor initiative to encourage people to leave work early on the last Friday of each month shows that the campaign has failed to take root.

The survey of public- and private-sector officials shows that an average of 11 percent of workers left early on the designated days.

A goal of the campaign was to raise consumption. Officials hoped workers would spend more on dining and shopping during their extra free time.

But the survey shows that less than a quarter of restaurants and other businesses that launched promotions for the campaign reported higher sales. 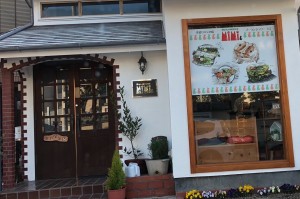 1)   Defending men’s figure skating champion Yuzuru Hanyu took the lead for Japan after the short program at the Pyeongchang Winter Olympics on Friday.

2)   Japan’s economic outlook remains far from robust as uncertainty abounds over wage growth and business investment at home despite the longest growth run in nearly three decades under the “Abenomics” policy mix.

3)   The Japanese government on Thursday presented ruling lawmakers a plan to limit the number of times people living in the country can enter casinos to around 10 per month.

4)   The Federal Bureau of Investigation was warned in September about an ominous online comment by the 19-year-old man accused of killing 17 people at his former high school but was unable to locate him, an agent said on Thursday.

5)   Nearly half of the elderly drivers who caused fatal traffic accidents last year have been found to have shown signs of dementia or declined cognitive ability.

In Japan, cognitive ability tests are required for drivers, who are aged 75 or older when their driver’s licenses expire.

6)   After the conversation with the Japanese prime minister, Trump told reporters that he suggested Shinzo Abe should ask companies to invest more in the US.

7)   The head of US Pacific Command has issued a strong warning about China’s military buildup.

Admiral Harry Harris says China is trying to win dominance in the Indo-Pacific region as it issues a challenge globally.

9)   —Police on Wednesday were trying to piece together how a 49-year-old skier whose disappearance sparked a massive search on a snowy New York mountainside ended up six days later in California, confused and still in ski clothes.

“”Toronto firefighter Constantinos “Danny” Filippidis told investigators he doesn’t know what happened after he was reported missing Wednesday, Feb. 7, from Whiteface Mountain during an annual ski trip with colleagues. The search ended Tuesday when Filippidis turned up in Sacramento, California.

10)   —An elk leaped into a research helicopter that was trying to capture it and brought down the helicopter in a collision that also killed the elk, authorities said Tuesday.

The elk jumped into the chopper’s tail rotor as the aircraft flew about 10 feet (3 meters) above ground in a mountainous part of eastern Utah, with its crew trying to drop a net on the elk, said Jared Rigby of the Wasatch County Sheriff’s Office. 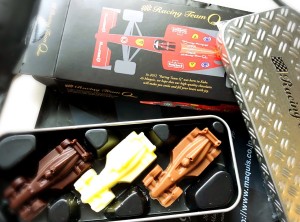 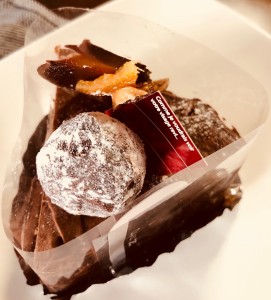 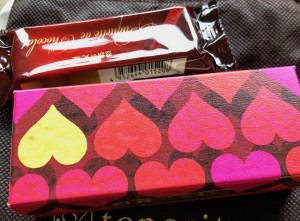 1)   Princess Mako, the eldest granddaughter of Emperor Akihito, met with her longtime calligraphy teacher at an exhibition in Tokyo on Friday in her first official duty since the Imperial Household Agency announced she will postpone her marriage until 2020.

3)   Roughly 260 vehicles remained stranded on a snowy road on the Sea of Japan coast Thursday morning, with many people already having spent two nights there while snow plowing efforts continued.

Heavy snow started to block traffic Tuesday morning and roughly 1,500 vehicles were stuck in a 10-kilometer stretch of Route 8 in Fukui Prefecture.

4)   AKB48 has dominated the sales charts and become such a cultural phenomenon, in spite of the fact that some would say they aren’t very good at singing or dancing.

5)   Drones can be used to survey crops and take photos of plants, allowing farmers to find insects, pest damage, weeds, diseased plants, and mold. A special  feature allows farmers to attach a pesticide bottle to the drone and spray only areas where insects are detected, reducing labor and the amount of chemicals used.

6)   The powerhouse Canadian squad, which is expected to challenge the team of Russians for the gold medal, compiled 17 points through the first two disciplines. The U.S. team was second with 14 points, followed by Japan and the Russians with 13 points apiece.

7)   A public elementary school in central Tokyo has drawn criticism for its plan to introduce uniforms designed by Italian fashion house Armani.

Currently, a boy’s uniform for the school costs just over 155 dollars and a girl’s costs around 180 dollars. The Armani-designed uniforms will cost about two and a half times as much.

8)   Japan is to submit 14 items for inclusion in the UNESCO list of intangible heritage of high historical and cultural value.

The cultural agency made the decision on Wednesday.

The 14 submissions include the skills and craftsmanship of people involved in restoring cultural and traditional monuments, such as shrine carpenters and plasterers.

9)   US President Donald Trump has told Pentagon officials to plan a large-scale military parade in the nation’s capital this year.

Trump attended the Bastille Day parade in Paris on July 14th, following an invitation from French President Emmanuel Macron. He praised the French military parade and said he may do something like it in Washington.

10)   The US government has partially shut down for the second time this year after Congress failed to meet a deadline to vote on a new budget.

1)   Snow blanketed Tokyo and surrounding areas for the second time this winter on Friday, disrupting transport and forcing delays in entrance exams at educational institutions.

2)   Officials at Kyoto University say a mistake has been found in its entrance exam held last year and some applicants were rejected as a result of the error.

17 applicants were denied entry, while 11 others were not accepted to their top-choice departments.

They apologized for the error and said the university will accept the entrance of the students.

3)   Japan’s Cabinet has approved a tax reform plan for the next fiscal year starting in April. It includes a measure that gives companies tax breaks if they boost salaries by at least 3 percent and increase capital investment by a certain level.

Smokers can also expect to pay more. A hike amounting to about 3 cents per cigarette will be introduced from October to 2021.

The Cabinet also approved a bill aimed at raising funds to improve tourism services. Anyone leaving the country would need to pay about 9 dollars from next January.

4)    Oily objects that may have come from a tanker that sank off a southwestern island in Japan has reached the Japanese coast.

Japan’s Coast Guard says it received a report on Thursday about oily objects that had washed ashore on a beach of Amami Oshima Island, Kagoshima Prefecture.

5)   With the opening of the PyeongChang Winter Olympics one week away, 25 percent of the tickets remain unsold.

As of Friday, athletes from a record 92 countries and territories have registered to take part in the Games, which run from February 9th through 25th.

An athlete from Tonga is creating a global buzz.
34-year-old Pita Taufatofua will take part in the PyeongChang Winter Games as a cross-country skier, representing his snowless tropical homeland in the South Pacific.

6)    A fire at a facility for needy people in Hokkaido, northern Japan, has killed 11 people and injured 3 others. Police are working to identify the victims.

7)   Japanese police have arrested a murder suspect whose life as a fugitive in Thailand ended when a photo of his tattoo was posted on Facebook.

Investigators arrested 74-year-old Shigeharu Shirai on Friday when a plane carrying him from Thailand landed at the Chubu international airport in central Japan.

The former gangster is suspected of shooting and killing a senior member of the Yamaguchi Gumi crime syndicate in 2003.

8)   Japan and the European Union have pledged additional aid for Palestinians, counter to the US decision to suspend support.

The US administration of President Donald Trump partially froze aid for Palestinian refugees after recognizing Jerusalem as the capital of Israel.

9)   A lawmaker with Shinzo Abe’s ruling Liberal Democratic Party drew gasps of disapproval from opposition party members for suggesting the prime minister should catch the flu to skip the Opening Ceremony of the Pyeongchang Winter Olympics.

Upper House member Takashi Uto said at the Jan. 31 session of the chamber’s Budget Committee, where Abe was present, “I get the feeling after watching the prime minister that your real intention is that you do not want to go. 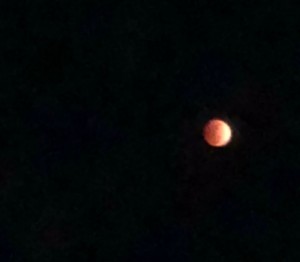 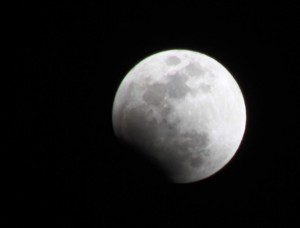 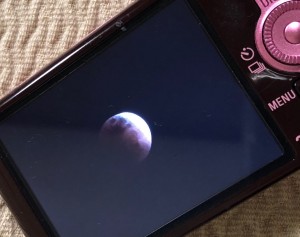 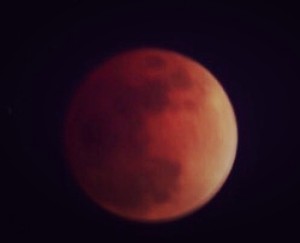