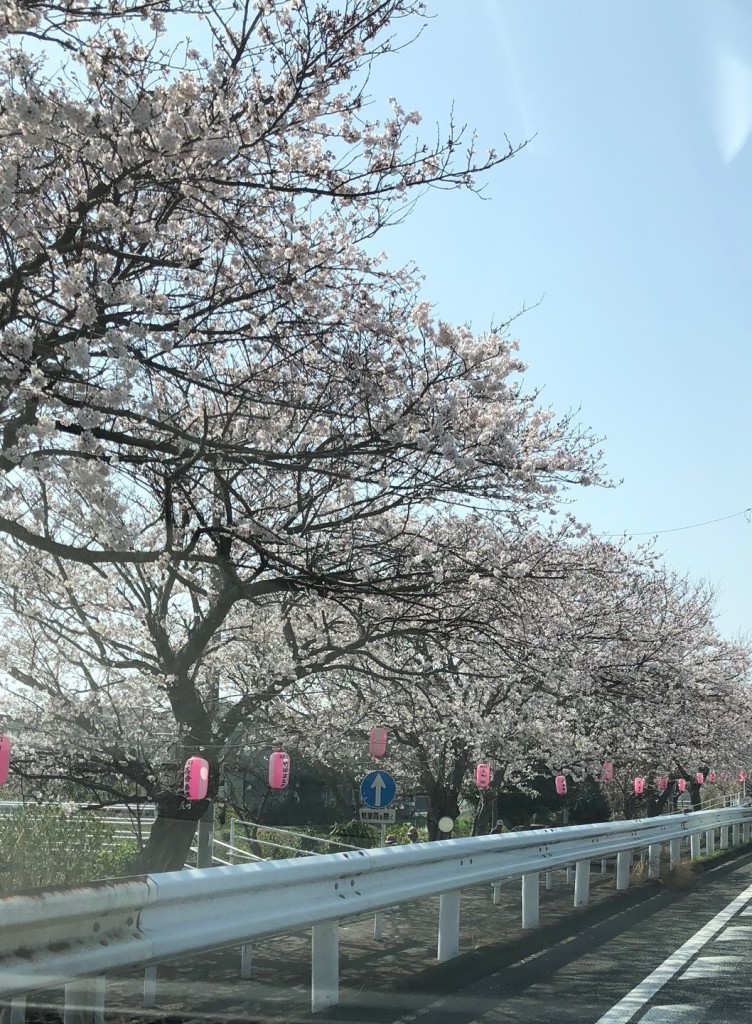 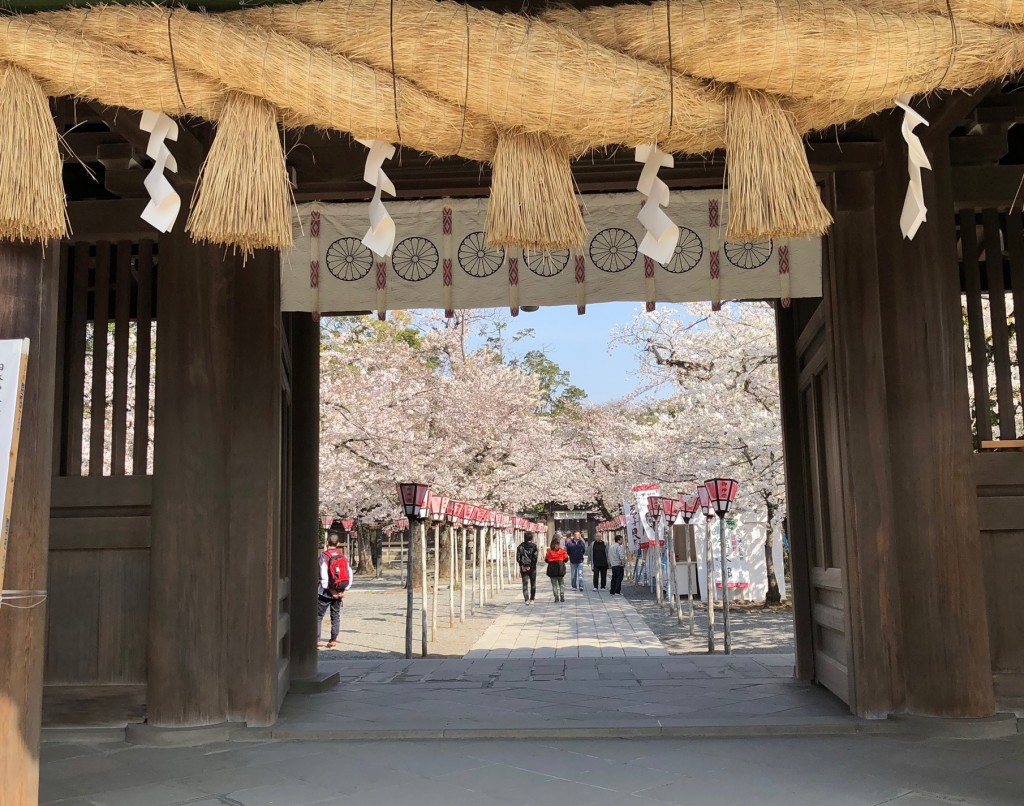 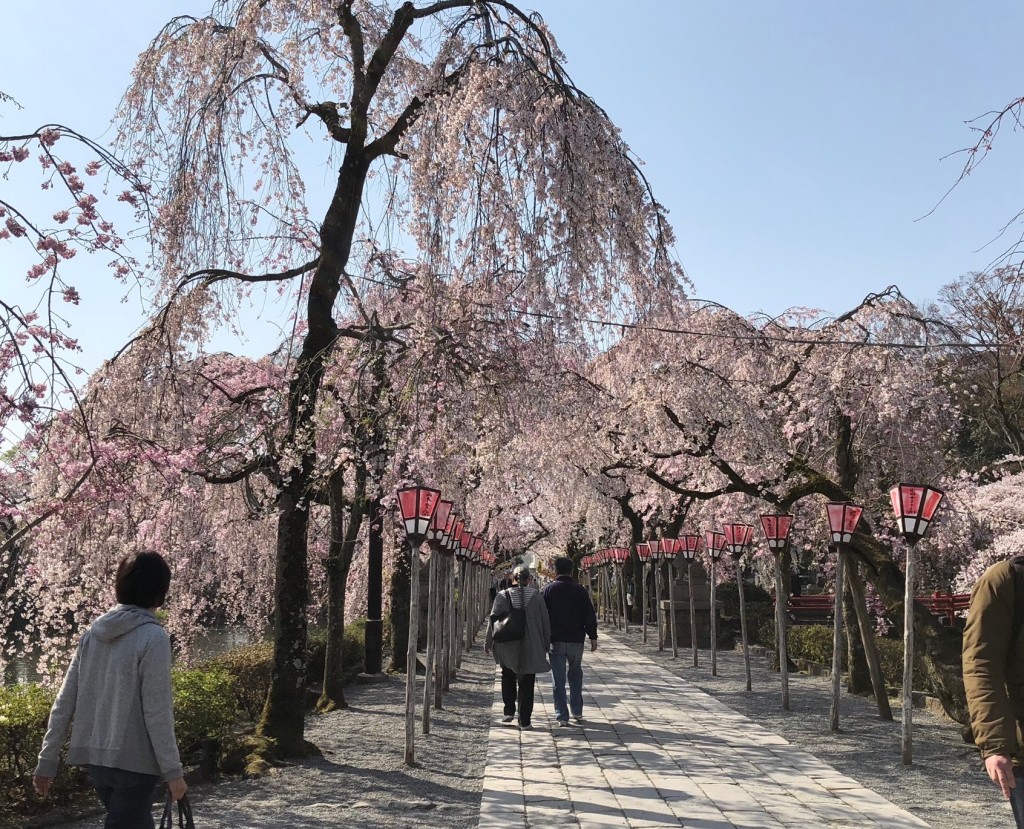 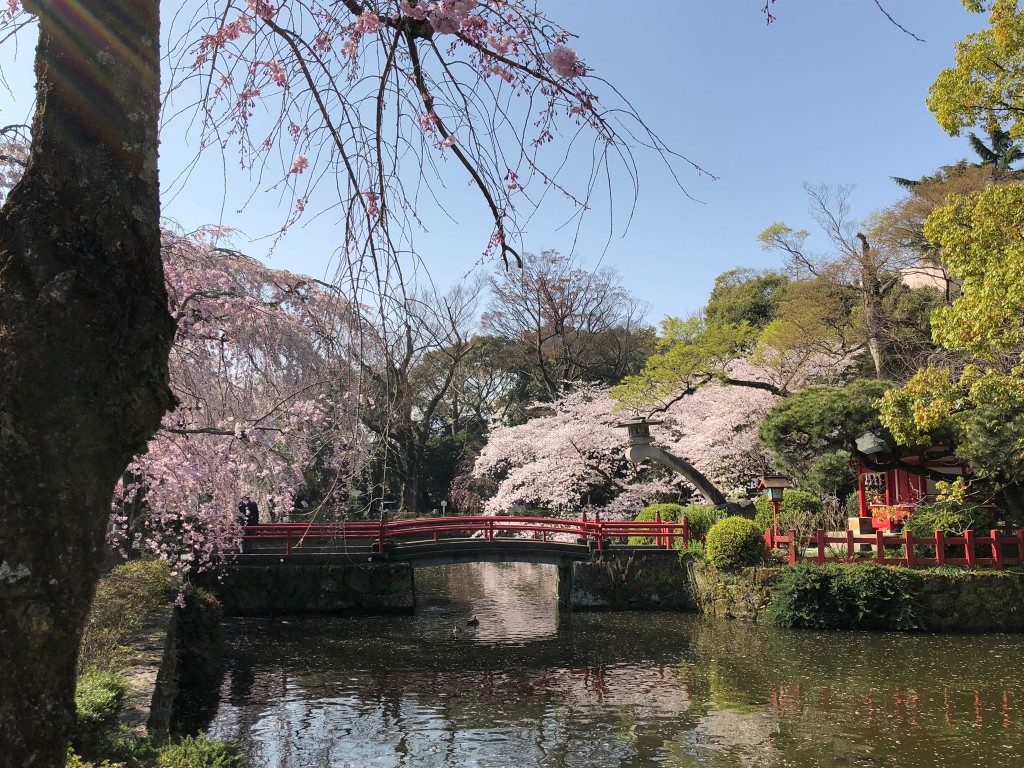 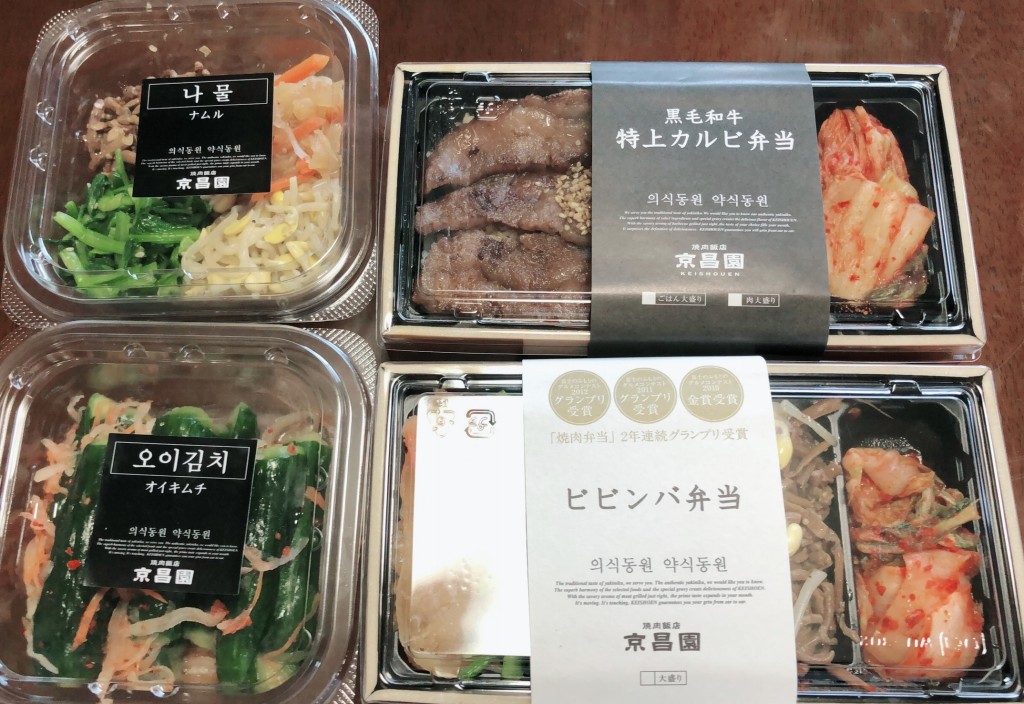 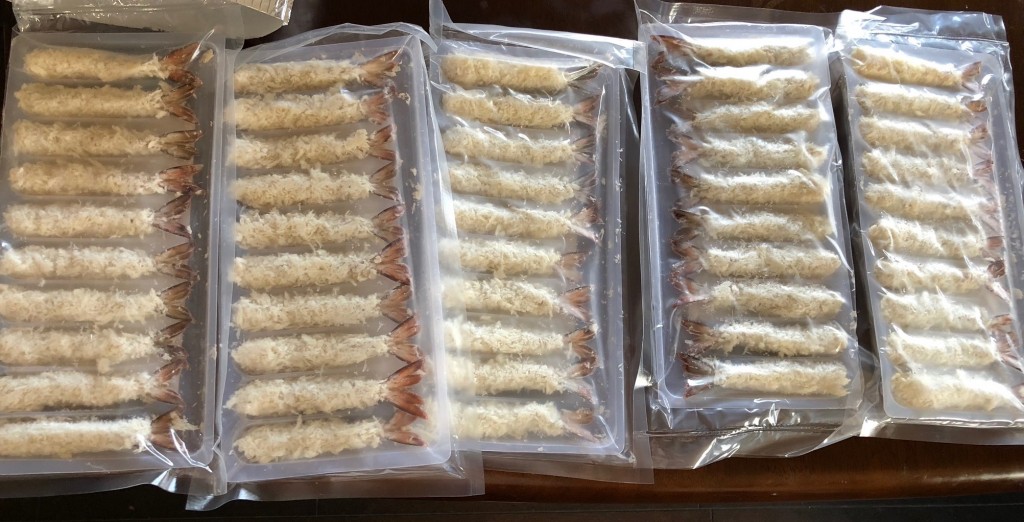 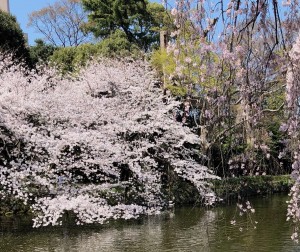 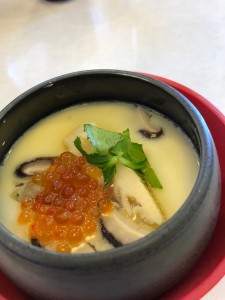 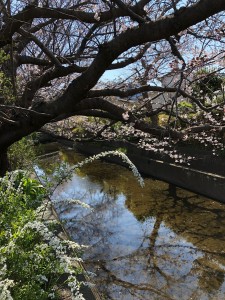 1)   The ruling Liberal Democratic Party on Thursday decided to pursue a constitutional amendment plan proposed by Prime Minister Shinzo Abe to recognize Japan’s defense forces in the war-renouncing Article 9, despite objections from some of its lawmakers.

2)   President Donald Trump spelled out in new detail several steps he favors to fight a U.S. epidemic of opioid abuse, including the execution of drug dealers, a proposal that has gained little support from drug abuse and judicial experts.

3)   The government spent about 90 percent of its “secret funds” under a category that requires no receipts and lets the chief Cabinet secretary decide where the money goes, a civic group said March 20.

The government’s so-called secret funds may have been used to buy souvenirs, gauge public opinion ahead of elections and even further enrich royal family members overseas, according to people once in charge of the money.

4)   A key figure in the Moritomo land sale scandal that is rocking Japan’s Diet has reportedly confirmed that he kept the prime minister’s wife informed about the deal.

5)   Japanese Prime Minister Shinzo Abe will have lunch with former US President Barack Obama in Tokyo on Sunday.

Obama is due to arrive on Saturday for a 2-day visit to attend an international conference in Tokyo sponsored by a private organization. This will be his first visit to Japan since he left office in January of last year.

6)   Thirteen men and women, who were unable to leave a mountain trail in western Tokyo due to heavy snow, have been found after an overnight search.

All 13 are said to be conscious, but one person was seriously injured in a fall. Authorities say 6 of the climbers were able to walk by themselves. They were taken to a hospital. Police say the remaining 7 were rescued by helicopter and then taken to a hospital.

7)   North Korea’s state media says momentum toward change is emerging in the country’s relations with the United States.

The Korean Central News Agency on Tuesday carried a commentary on the North’s prospective talks with the US and South Korea.

It says measures led by North Korea have created an atmosphere of reconciliation between the 2 Koreas, as well as a momentum toward change in North Korea-US relations.

Osaka is coming off her first career title at Indian Wells on Sunday. Williams returned to the court earlier this month after maternity leave.

9)   Thousands of rebels have reportedly pulled out of Syria’s Eastern Ghouta, which is under siege by troops loyal to President Bashar al-Assad.

Government troops began bombarding the area, near the capital Damascus, last month. It has been a stronghold of 3 rebel groups.

10)   One of Japan’s biggest solar power plants has gone into operation near Tokyo. What makes it different is that it is on the reservoir of a dam.

More than 50,000 solar panels cover about 18 hectares of a lake behind a dam in Chiba Prefecture.

The operator claims it’s the biggest solar power plant on water in Japan.
Annual output is projected at more than 16 million kilowatt hours. That’s equivalent to the power consumed by about 5,000 households in one year.

11)   Facebook CEO Mark Zuckerberg has admitted that “mistakes” were made in the company’s handling of user data. He pledged to step up measures to protect personal information.

12)   China’s commerce ministry says it’s preparing to take countermeasures to the US tariffs on steel and aluminum imports.

It will target 128 US products including dry fruit, wine and stainless-steel pipes. Those imports were worth about 3 billion dollars last year.

13)   The European Union is proposing to tax IT giants based on their revenues instead of their profits.

The European Commission unveiled its proposals on Wednesday, seeking fair solutions to the digital activity tax.

Under the plan, EU member countries will be able to tax companies that do business within the bloc, even if they are not physically present there.

The octogenarian made her decision on the “The Late Show With Stephen Colbert” on March 21.

15)   The Communist Party of China announced this week a consolidation of state-run media, part of a broader push by President Xi Jinping to tighten supervision over broad swaths of Chinese public life, or what he calls “unity in thought” among officials and citizens.

Movies, television, books and radio programs will now be under the direct control of the Communist Party. The announcement comes weeks after China voted to end a two-term limit on the presidency. 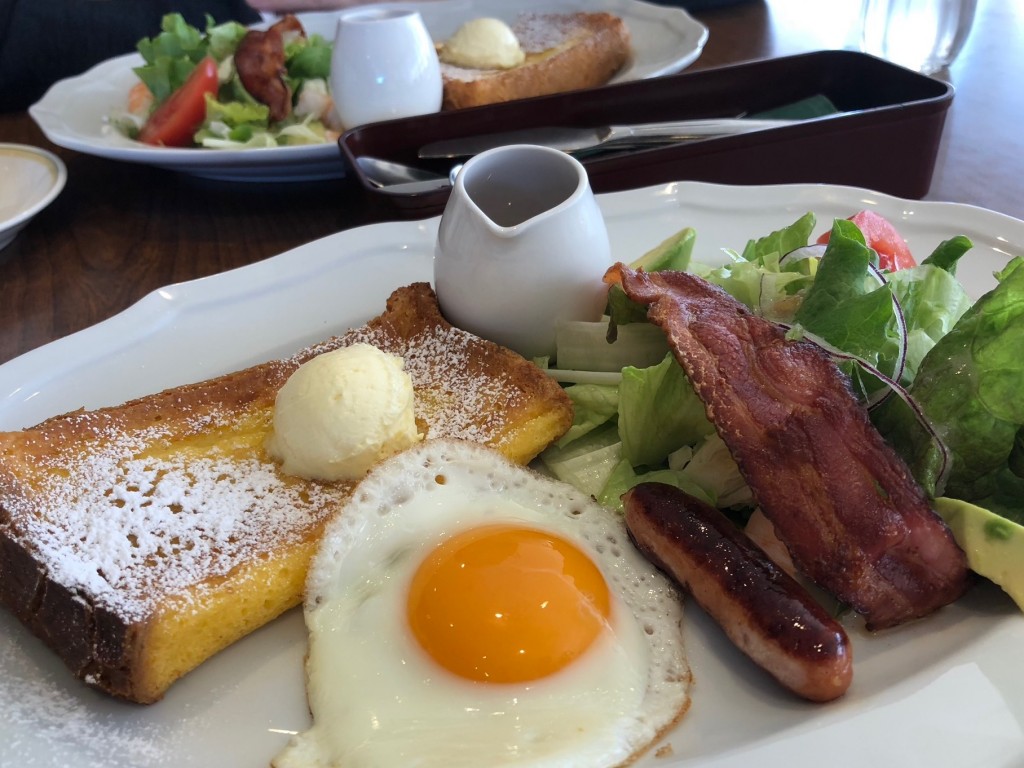 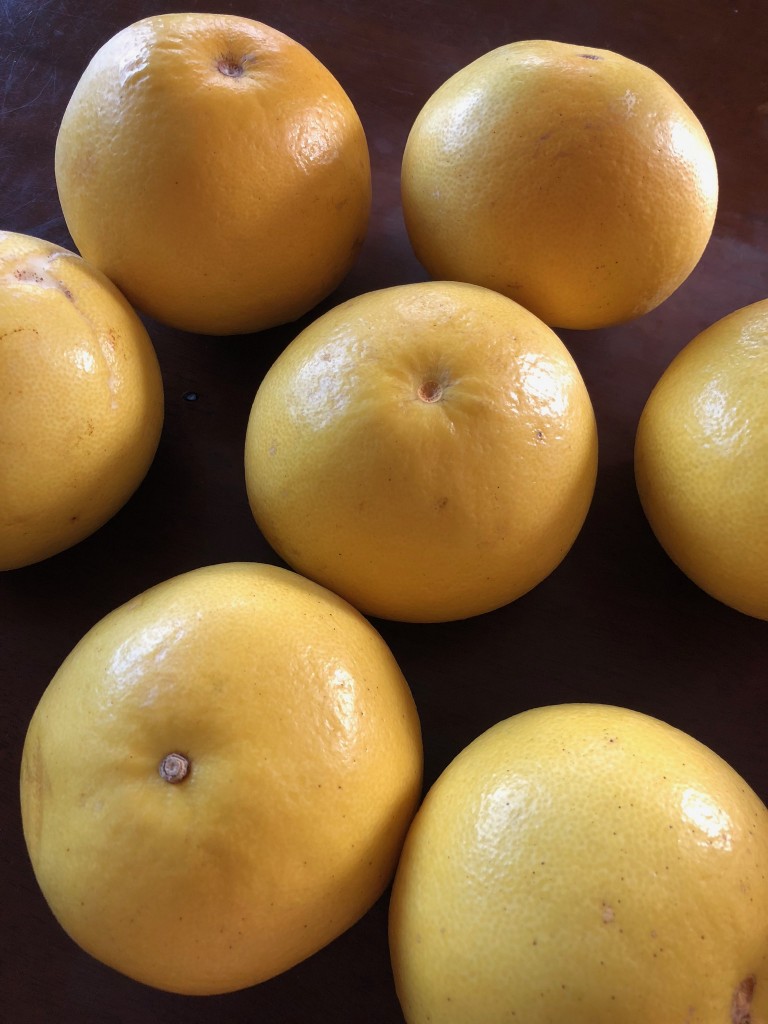 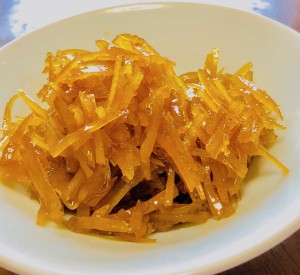 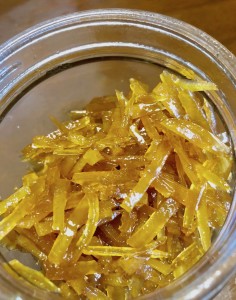 1)   White House officials confirm US President Donald Trump accepts the idea of meeting with North Korea’s leader by May.

Trump is tweeting “great progress” is being made.

South Korean delegates made the initial announcement at the White House after they hand-delivered a letter from Kim Jong Un to Trump.

2)   A group of researchers in the United States has found that fake news on Twitter spreads faster and farther than the truth.

The researchers at the Massachusetts Institute of Technology looked at more than 4.5 million tweets on true and false news stories distributed between 2006 and 2017. They published the results in the journal Science

3)   Women around the world took to the streets on International Women’s Day on Thursday, demanding equal rights.

In the Spanish capital of Madrid, women marchers held pots and spoons, demanding equal pay with men and an end to domestic violence. They said housekeeping and childrearing are not only women’s work.

4)   Britain’s top counter terrorism officer says a nerve agent was used on two people who were found unconscious on the weekend.

Mark Rowley of London Metropolitan Police said, “This is being treated as a major incident involving attempted murder by administration of a nerve agent. As you know, these two people remain critically ill in hospital. ”

5)   A finance ministry official who was involved in the sale of state-owned land to a school operator has died.

Investigative sources say the official from the ministry’s local branch in western Japan was found hanging in his residence in Kobe City on Wednesday. He later died. Police say he left what appears to be a suicide note at his home.

6)  NHK has learned that the head of the National Tax Agency intends to step down after coming under fire for his answers to questions in the Diet over the sale of state-owned land to a school operator.

7)   The mayor of Nagasaki has sent a letter to Barack Obama asking the former US president to visit the atomic-bombed city during his planned trip to Japan.

Obama is arranging a visit in late March at the invitation of a private organization.

8)   Criticism is spreading over a footage showing an orangutan puffing on a cigarette in a zoo in Indonesia.

The video was taken on Sunday and posted online by a visitor to the zoo in Bandung.

The footage shows the orangutan puffing on a half-smoked cigarette which was thrown into the animal’s enclosure by another visitor.

Japan said the move would have a “big impact” on the countries’ close bilateral ties, while China said it was “resolutely opposed” to the decision and South Korea said it may file a complaint to the World Trade Organization.

10)   Trade ministers of 11 countries will sign the Trans-Pacific Partnership on Thursday.

The group does not include the world’s biggest economy, as Trump pulled the US out of the free-trade deal soon after he was elected president.

The ministers will adopt a statement before putting their signatures on the agreement in Santiago, Chile. 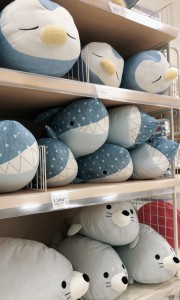 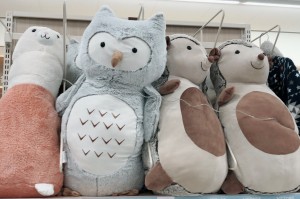 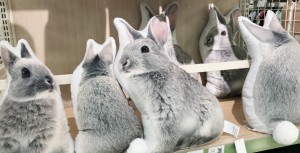 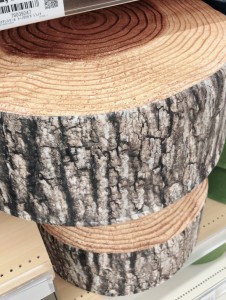 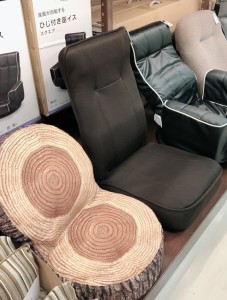 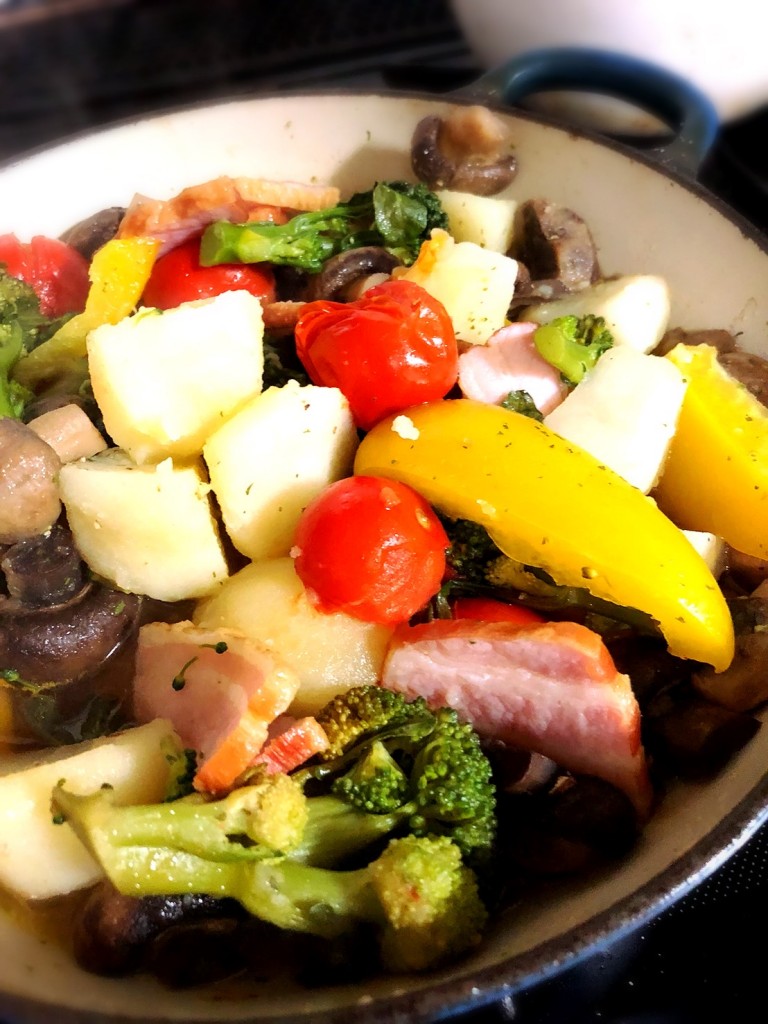 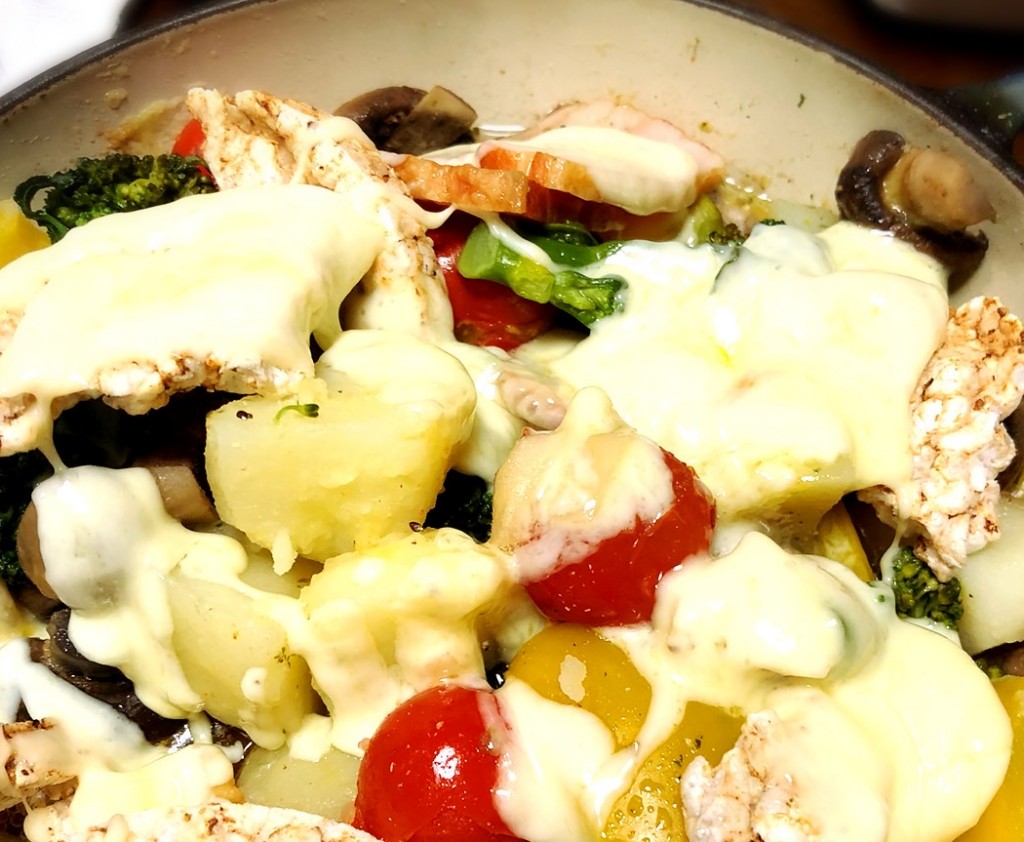 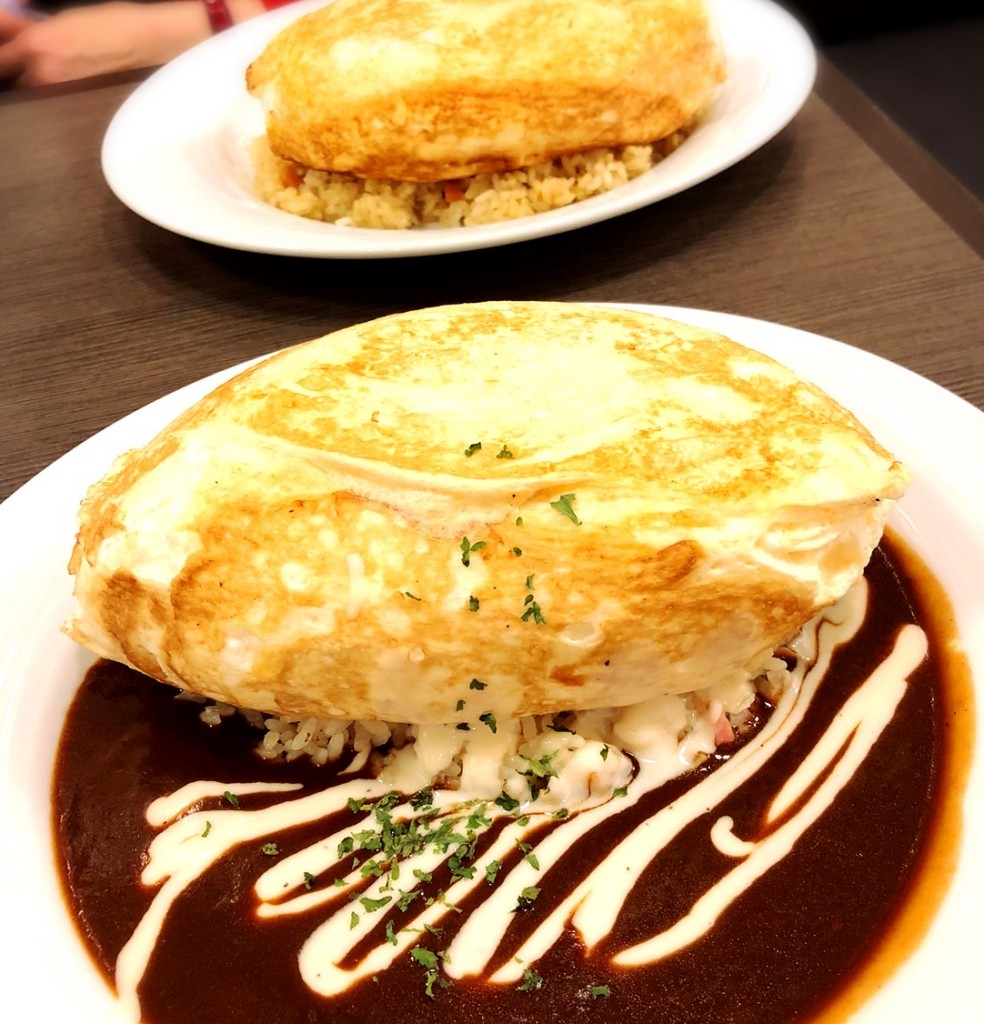 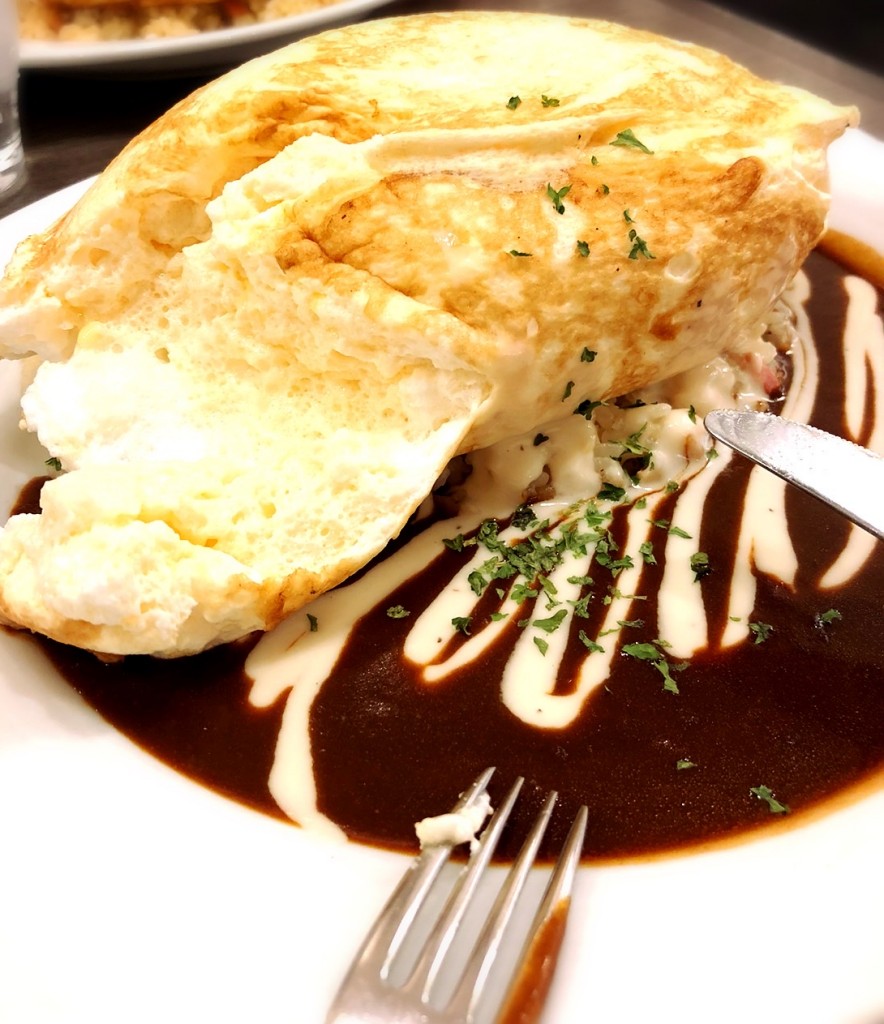 1)   The Japanese government says the unemployment rate for January stood at a seasonally adjusted 2.4 percent. That’s down 0.3 percentage points from the previous month, and is the lowest since April 1993.

More than 65 million people had jobs, up 920,000 from a year earlier. Employment has been expanding for more than 5 years.

2)   Major food and beverage makers across Japan are to raise prices due to the higher costs of labor and raw materials.

Breweries are hiking prices of bottled and draft beer. They say driver shortages and other factors are making distribution more costly, so bottled beer will go up by around 10 percent.

Prices of domestic and imported wines will also increase by 3 to 6 percent, due to the rising costs of grapes.

Consumers in Japan can expect to pay more for rice, frozen items and dairy products.

3)   A Japanese university will set up a research institute to study legal issues related to self-driving cars and make recommendations to the government.

The Japanese government is aiming to put self-driving technology into practical use by around 2020. It envisions making use of level 3 of the 5-degree scale of autonomous driving. At that level, driving is basically fully automated except in emergencies.

4)  China has warned the United States not to resort to protectionism, after President Donald Trump announced plans to impose heavy tariffs on steel and aluminum imports.

Foreign Ministry spokesperson Hua Chunying told reporters on Friday that the steel and aluminum industries are facing global challenges and that countries should cooperate to tackle them.

Hua suggested that no country should resort to unilateral trade restrictions to protect its own interests.

6)   A senior official of Japan’s Finance Ministry says it will look into allegations of altering internal documents on the sale of state-owned land to a private school operator.

The land in Osaka Prefecture was sold to Moritomo Gakuen in June 2016 for about 7.5 million dollars less than its market value.

The ministry disclosed its internal documents related to the sale after the issue was made public in February last year and taken up at the Diet.

But media say the documents were not those created when a local branch of the ministry concluded a contract for the sale.

7)   Russian figure skater Alina Zagitova, who took gold in women’s singles figure skating in the PyeongChang Winter Olympics, says she hankers after an Akita dog. The breed originates from the prefecture of the same name in northern Japan.

8)   Japan’s Meteorological Agency says a volcano in the country’s southwest appears to have erupted.

The agency says volcanic tremors began on Mount Shinmoe in the Kirishima mountain range, bordering Kagoshima and Miyazaki prefectures, at around 8:15 AM Thursday, Japan time.

Volcanic ash was reported falling at the foot of the mountain at around 11:00 AM. Shinmoe last erupted in October.

9)   A letter that was opened at a US military base near Washington caused 11 people to fall ill.

The US Marine Corps says the incident happened at a base in Arlington, Virginia, on Tuesday. 3 of the sick were taken to a hospital.

10)   —Statistics show pigs are hogging the market in Europe as the largest livestock category and outnumber people in Denmark by more than two-to-one.

European statistical agency Eurostat said Thursday that with a population of about 150 million in the European Union, pigs far outnumber cattle and other bovines, the second-largest livestock category with 89 million head.

The Associated Press discovered the photo in this month’s report from Empire State Development.

12)   KFC says about 470 of the fried chicken chain’s 900 U.K. restaurants remained closed Tuesday because of a chicken shortage. The company says the disruption started last week, when it changed its delivery provider to DHL. 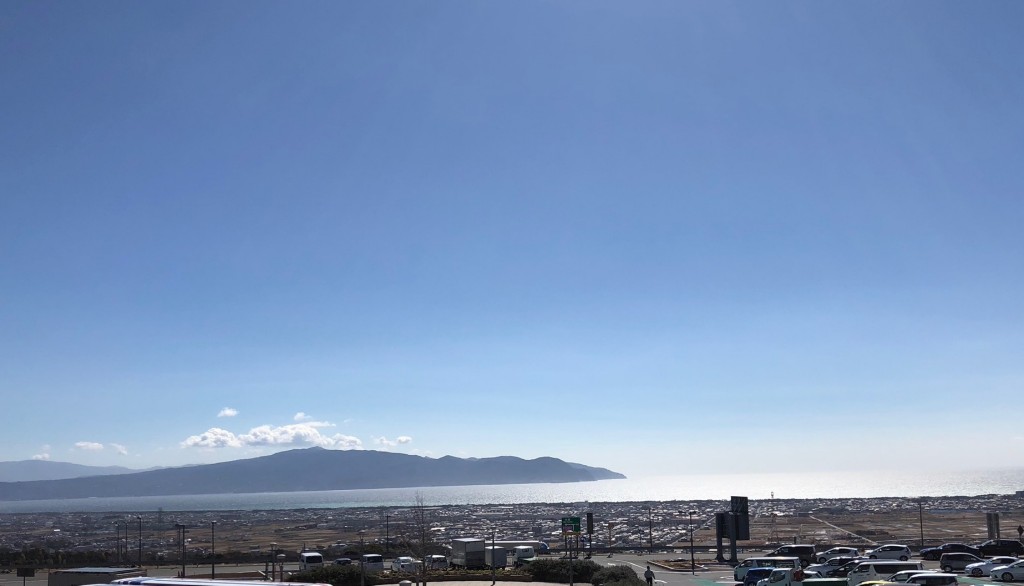