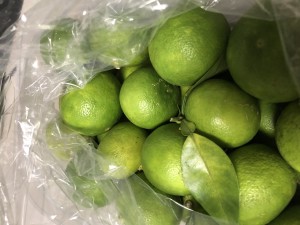 1)   A Japanese court ordered Tokyo Electric Power Company Holdings Inc (TEPCO) on Friday to pay damages over the nuclear disaster at its Fukushima Daiichi nuclear power plant following a deadly 2011 earthquake and tsunami, but dismissed claims against the state.

Friday’s ruling stemmed from a lawsuit filed by 45 people who were forced to flee Fukushima Prefecture to Chiba Prefecture near Tokyo. The Chiba court awarded a total of 376 million yen to 42 of them, including all four who voluntarily evacuated.

2)   President Donald Trump vowed Tuesday to “totally destroy North Korea” if the U.S. is forced to defend itself or its allies against the renegade nation’s nuclear weapons program, making his case in a combative debut speech to the U.N. that laid out a stark, good-vs-evil view of a globe riven by chaos and turmoil.

3)   Dozens of descendants of Japanese soldiers killed in World War II visited Pearl Harbor in Hawaii on Thursday to pay respects to fallen American soldiers. Nippon Izokukai, the Bereaved Family Association of Japan, sent about 36 children, grandchildren and other relatives of fallen Japanese soldiers to the U.S. to mark the 70th anniversary of the group’s founding.

4)   Apple Inc’s latest iPhone 8 and iPhone 8 Plus smartphones featuring upgraded cameras and wireless charging went on sale in Japan on Friday, with eager buyers forming lines at retail outlets in the morning.

5)   Japanese police reported a record-high 30,262 children as suspected abuse victims to welfare authorities in the first half of 2017, on the back of increased public awareness of the issue, the National Police Agency said Thursday.

An agency official attributed the rise to heightened awareness among citizens that prompted more people to report child abuse cases. The child consultation centers provide temporary shelter to children or dispatch staff to families with potentially abused children as a way to keep problems from getting worse.

6)   Japan’s ruling coalition is aiming to advance procedures in line with Prime Minister Shinzo Abe’s plan to dissolve the Lower House on the day the Diet opens. But the opposition is reacting sharply, saying such a move is tantamount to suppressing Diet debate.

Another focus of attention is a new party to be launched next week by Masaru Wakasa, an ally of popular Tokyo Governor Yuriko Koike and former Environment Minister Goshi Hosono, who defected from the Democratic Party.

Koike could assume a post in the new party. She is expected to make a decision after taking into account the overall political situation and public opinion.

7)   Japan’s prime minister wants to use revenue from the increased consumption tax to provide tuition-free preschool and higher education. Shinzo Abe says the move would be part of his drive to invest more in human resource development.

He also called for improving childcare and nursing care services and making preschool education tuition-free. This would include tuition-free higher education for children from low-income households.

Abe said reforming human resource development will require substantial financial resources. He said he is determined to meet this challenge for the future of Japan.

8)   Popular Japanese singer Namie Amuro has announced that she will retire next September.

Amuro made the announcement on her official website on Wednesday, the day of her 40th birthday.

She said she will retire on September 16th, 2018. She stated that she made the decision because September 16th of this year marked the 25th anniversary of the start of her career.

9)   A major credit-rating agency S&P Global Ratings has cut China’s sovereign rating by a notch. Analysts at the agency say growing debt has increased the country’s economic and financial risks.

China’s rating has gone from double A minus to single A plus.

Still, they say the outlook is stable with the country expected to maintain robust economic performance over the next 3 to 4 years.

The analysts expect authorities to implement tougher restrictions on borrowing to curb debt.

10)   Japan has urged the 10 other remaining members of the Trans-Pacific Partnership free trade pact to swiftly reach a new broad agreement without the United States.

11)   Officials at the Bank of Japan have just wrapped up their 2-day policy meeting. They have decided to continue with their massive monetary easing.

The bank says it will keep its focus on a framework to manage short- and long-term interest rates in its bid to achieve the 2-percent inflation target.

13)   South Korea has approved 8-million-dollars of humanitarian aid to North Korea through UN agencies.
Opponents to the plan say it could run against international efforts to put pressure on Pyongyang.

14)   A group of North Korean defectors has protested a decision by the South to offer humanitarian aid to its northern neighbor.

The man from the defector group said he wants the South Korean government to understand why defectors, who have families in the North, oppose the aid. He said the supplies will not reach North Koreans, but end up within the country’s regime.

1)   South Florida is bracing for a major storm surge and powerful winds even as Hurricane Irma weakened to a Category 4 storm as it races toward the U.S. mainland.

Domestic demand for rice has been decreasing by around 8 tons a year, necessitating the expansion of exports, according to the ministry.

3)   The Halloween season “officially” kicks off in Japan on Friday with the festivities beginning at major theme parks Tokyo Disneyland, Tokyo DisneySea where parades and other events will be held until Oct 31.

Although many stores have been selling Halloween merchandise since late August, the “official” start of the Halloween season in Japan is usually considered to be when the theme parks start.

4)   Japanese wrestler-turned-lawmaker Antonio Inoki arrived in North Korea on Thursday to possibly meet with the country’s top official in charge of foreign affairs, amid deepening tensions over its nuclear and missile programs.

5)   The Japanese government on Friday approved a change to guidelines to allow local education boards to set summer holidays at different times of the year to encourage more family time in the chronically overworked country.

6)   The Tokyo Metropolitan Government plans to introduce a comprehensive indoor smoking ban in public spaces in an effort to eradicate secondhand smoking.

The proposed regulation targets all cigarettes, cigars and electric cigarettes. It would ban smoking anywhere inside medical institutions, as well as elementary and junior high schools, central and local government offices, welfare facilities for the elderly, and gymnasiums.

Indoor smoking would also be prohibited at hotels, company offices and restaurants, except in designated smoking rooms.

7)   Japan’s transport ministry says it is studying the possibility of charging tolls at 4 popular tourist spots to ease traffic congestion.

The ministry plans to survey traffic in the ancient capital of Kyoto; Kamakura, near Tokyo; Kobe, in western Japan, and the central resort of Karuizawa as early as next month.

Roads in the areas are busy on weekends and during tourist seasons, affecting local residents’ daily lives.

8)   A survey by a French institute shows that up to 70 percent of coral reefs in Japan’s southwestern prefecture of Okinawa are dead due to warm temperatures.

9)   The government of Mexico says it has given the North Korean ambassador 72 hours to leave the country.

The government on Thursday declared the ambassador, Kim Hyong Gil, persona non grata as a protest against the North’s nuclear and missile tests.

10)   China’s central bank has banned the practice of raising funds with Bitcoin and other virtual money. The measure took effect earlier this week.

The People’s Bank of China announced on Monday that the bank banned “initial coin offerings,” or ICOs as a form of unauthorized and illegal public fundraising.

The bank suspended websites providing ICO services after the announcement, linking the practice to financial fraud, pyramid schemes and other criminal activities.

11)   The new leadership of Japan’s main opposition Democratic Party will likely suffer damage from an alleged scandal involving one of its key lawmakers.

A weekly magazine reports that the party’s former policy research committee chair, Shiori Yamao, has been engaged in an extramarital affair with a lawyer.

1)   A US ban on its citizens travelling to North Korea has come into effect, at a time of heightened tensions over North Korean missile launches.

3)   Growing concern about children eating alone has spurred a drive in Japan to offer free or low-cost meals for them at makeshift cafeterias.

Since the launch of the first such facility in Tokyo in 2012, the number of children’s diners has sharply increased to about 500.

4)   North Korea fired a missile that flew over Japan and landed in waters off the northern region of Hokkaido at around 6 a.m. on Tuesday, South Korean and Japanese officials said, marking a sharp escalation of tensions on the Korean peninsula.

The lifelong activist who called for the elimination of nuclear weapons died of cancer on Wednesday at the age of 88.

8)   A civic group is suing Japan’s government for using an inappropriate arbitrary figure to lower the price of state-owned land sold to a school corporation in Osaka.

The state-owned land in Toyonaka City, Osaka Prefecture, was sold to Moritomo Gakuen last year for about 7.3 million dollars less than its value.

9)   Britain must use billions of pounds into new power plants, grid networks and electric vehicle charging points if it is to avoid local power shortages when a planned ban on new diesel and petrol cars begins.

10)   A conference on the future of Pacific bluefin tuna stocks has wrapped up in South Korea. The delegates from tuna fishing countries around the Pacific Rim have agreed to a Japanese proposal on managing tuna stocks, but with tougher conditions.